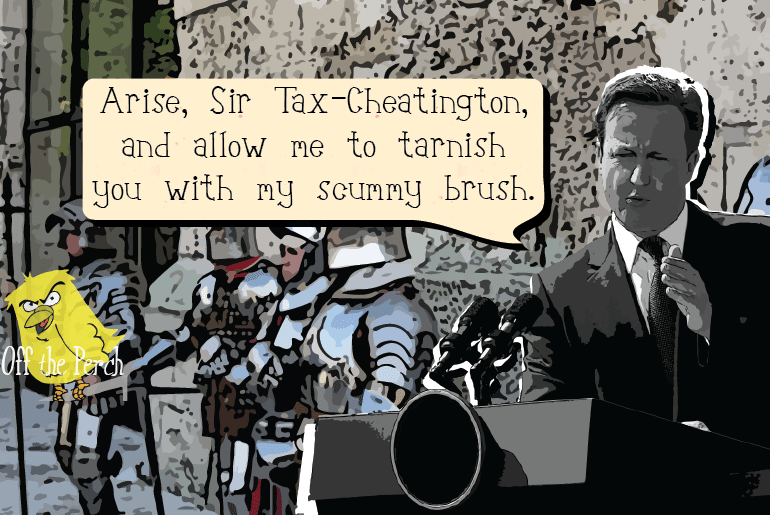 When we discovered that David Cameron was drawing up a resignation honours list, most people thought something along the lines of:

The problem with Dave bestowing honours is that he is a man who possesses a long and ignoble history of dishonourable behaviour – behaviour which has included:

The other problem is the idea of Cameron being allowed to reward anyone in the first place, as following a year of back-tracks, failed negotiations, and career-endums, failure is now so hard-coded into his DNA that if you were to dissolve him in acid, his surviving component proteins would cluster together and spell out the word ‘loser’.

Another fundamental question that should be asked is:

Why would anyone accept approval from such a fundamentally repugnant man in the first place?

Perhaps the biggest kick in the teeth is that George Osborne – a man who makes David Cameron look like a being with the principles and success rate of Gandalf the White – is supposedly going to be bestowed with the title of:

Ultimately, ‘George Osborne – companion of honour’ is a combination of man and title that enjoys the same sort of paradoxical befuddlement as:

The only good thing that can be said of this latest fiasco is that the honours system is now so broken that these people aren’t going to be seen as being particularly honoured. They’re more likely to be thought of as voluntary signatories to a register of crooks, ars*holes, and Osbornes.