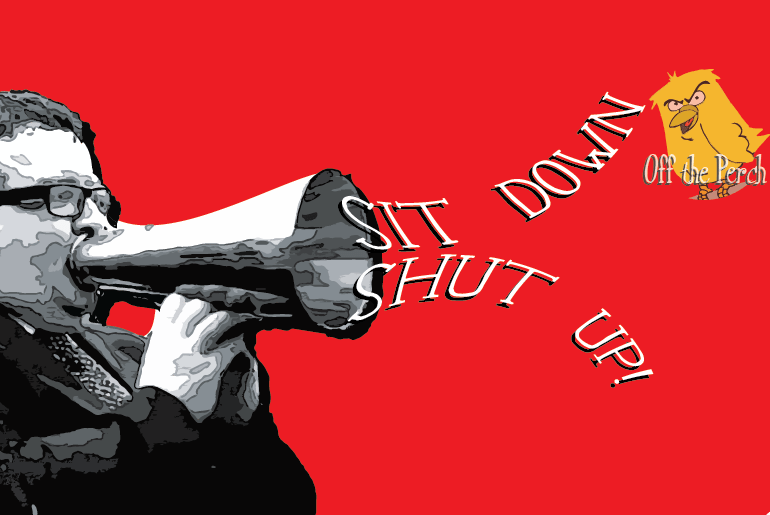 The Deputy Leader of the Labour Party has announced today that Clause 4 of the party’s constitution will be changed to read simply: ‘sit down and shut up’.

In 1918, the original Clause 4 committed the party to supporting workers’ rights and public ownership of key institutions, stating:

To secure for the workers by hand or by brain the full fruits of their industry and the most equitable distribution thereof that may be possible upon the basis of the common ownership of the means of production, distribution and exchange, and the best obtainable system of popular administration and control of each industry or service.

On becoming leader in the 1990s, Tony Blair convinced the party to amend this clause. The move was viewed as New Labour’s capitulation to Thatchernomics. The new text read:

A dynamic economy, serving the public interest, in which the enterprise of the market and the rigour of competition are joined with the forces of partnership and co-operation to produce the wealth the nation needs.

And we all know how that went. (*cough… Global Financial Crisis)

But now, a new change has been made.

Watson made his revisions to Clause 4 unilaterally, bypassing Labour’s ruling National Executive Committee (NEC) – which he dismissed as a “Trotskyist front” after six new left-wing members were elected on Monday. He announced the changes via megaphone, stood atop a soapbox at Speaker’s Corner in London’s Hyde Park. Largely ignored by passersby, Watson shouted:

Infamy, infamy! They’ve all got it infamy!

On realising his message was failing to hit home, Watson grabbed a passerby and screamed directly into his face:

Do you not understand?! These left wingers are taking over our party! If we don’t stop them…

Watson paused for a moment, seemingly searching his mind for possible consequences:

Still, no one would listen. At this point, Watson removed all of this clothes and performed a Haka-style war dance upon the soapbox before declaring:

You lot are as bad as the Trots! Perhaps you ARE all Trots?! Who even knows how deep this conspiracy goes?!

There’s only one thing to do. I’m rocking this like Ian Austin. Henceforth, Clause 4 of the Labour Party constitution will read: SIT DOWN AND SHUT UP!

Watson was unable to pass further comment as police moved in with blankets and Horlicks, in hopes of pacifying the Deputy Leader of the Labour Party and removing him from public view. He is being held at Charing Cross police station until such time as he can eat his Farley’s rusks without spitting them all over the cell.