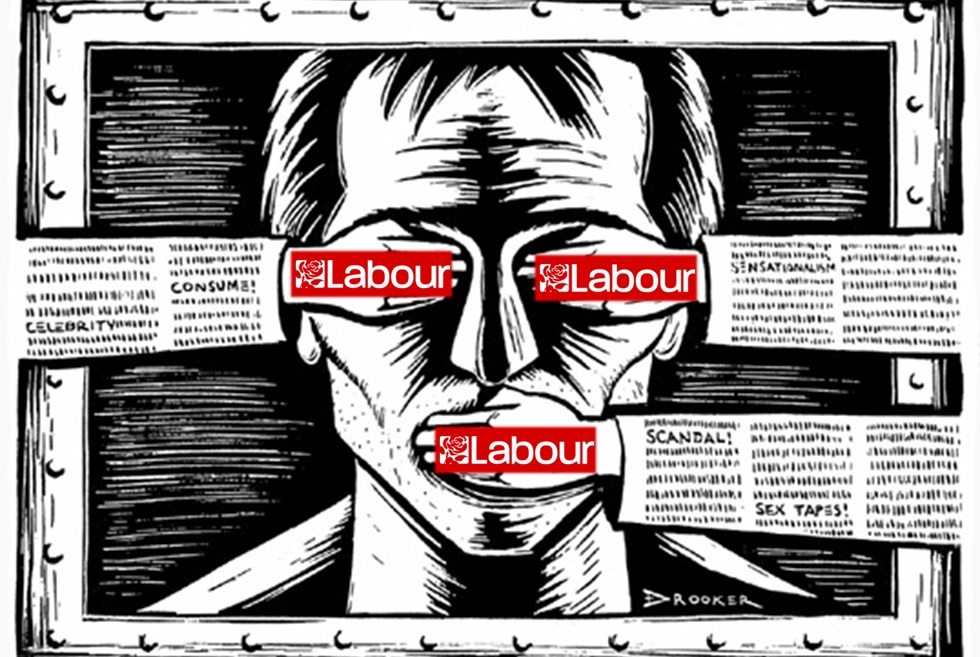 One renowned Labour member has just received a very strange form of suspension from the party. The offence? Poetry, apparently.

This crackdown on freedom of expression is the case of Kevin Higgins, an award-winning writer who Irish literary magazine The Stinging Fly recently called:

As an overseas member of the party, Higgins helped to organise and edit 21 Poems, 21 Reasons To Choose Jeremy Corbyn – a selection of poetry from prominent British and Irish writers which was released during the Labour leadership election of 2015.

On his blog, Higgins called his “administrative suspension from holding office or representing the Labour Party”:

a clear attempt to interfere with my right to free speech, and indeed artistic freedom.

But on 8 August, he learned that his suspension was the result of “a frivolous complaint” from someone who’d been “rather irked” by three poems he’d shared on Twitter at the start of the anti-Corbyn coup.

These poems were titled Premature Elegy for Hilary Benn, The Ghost of Miniscule John Mann, and On Your Unsuitability for High Office:

Nothing to get upset about, really.

But Canary readers will know by now that few people get away with criticising Corbyn’s opponents in the Labour establishment without being accused of bigotry, antisemitism, bullying, or some Frankenstein-like mixture of everything else the left actually fights against.

Freedom of speech (for some)

If the Labour Party hadn’t just lived through one of the most turbulent months in its recent history, Higgins’ suspension may have come as a surprise. But following the shambolic Labour coup – in which suspected Corbyn supporters have been temporarily barred from voting for him, referred to as naughty children, “dogs” or Trotskyites, and trolled on social media – it seems absolutely normal.

Speaking to The Canary, Higgins said:

A lot has been said about it being important that Labour Party members use appropriate language during this [2016 leadership] contest. This is entirely one sided of course.

Corbyn’s opponents are likely to face no disciplinary action for smearing his supporters, Higgins insisted, or even for allegedly using the metaphor of an ice pick (the weapon used to murder Trotsky in 1940) to refer to the party’s crackdown on left-wingers in the 2015 leadership race. Mention the word ‘Blairite’, however, and you’ll immediately lose your right to vote.

But Higgins isn’t calling for right-wing detractors of Corbyn to be banned from the Labour Party. Instead, he stressed:

I am opposed to pretty much all suspensions and expulsions. I don’t think that’s the way to do politics. I am in favour of Tony Blair and Neil Kinnock and John Mann and Jess Philips et al remaining members of the Labour Party for as long as they wish. I believe in robust political debate, in fact I love it. And sometimes, in such robust debates, metaphorical blood will be drawn. But that is far preferable to the Labour Party being reduced to the dead shell it previously was.

Run-ins with Labour – past and present

Higgins was born in the UK and grew up in Ireland. As a young man, he was active in both the Irish Labour Party and the British Labour Party. Expelled from the latter in 1991 because of his membership of Militant (now the Socialist Party), he returned to Ireland in 1994. After this, he told The Canary:

[I] had no involvement in any political party until I rejoined the British Labour Party as an overseas member last July [2015].

In 2014, he lamented how political groups of all types could often be “very dogmatic”.

Having now taken “detailed legal advice” regarding his ‘administrative suspension’, Higgins described his stance to The Canary as follows:

This is embarrassing for Labour Party HQ. And by making their embarrassment public I hope to at least make sure they aren’t silly enough to do this sort of thing to anyone else. I’ve no doubt they will try and smear me in an effort to deflect attention from the silliness of what they’ve done; but so be it… these methods won’t work now as the political tide is against them.

In other words, no matter how much Labour elites try, the public’s attention won’t be diverted from what’s going on.

The whole country is now bearing witness to the “silliness” being waged upon Corbyn and his supporters by the Labour Party establishment. In the process, both freedom of speech and the overall reputation of the organisation are suffering significantly. And it is only Corbyn’s style of inclusive, respectful and democratic politics which stands to benefit.

– If you want to show your support for Kevin Higgins, please follow him on Twitter, check out his blog, and see his work as ‘Satirist-in-Residence’ at The Bogmans Cannon.

– To support Labour members fighting to keep their right to vote in the upcoming leadership elections, see here.