There's one Olympic team being cheered around the world, regardless of how many medals they win [VIDEO] - Canary 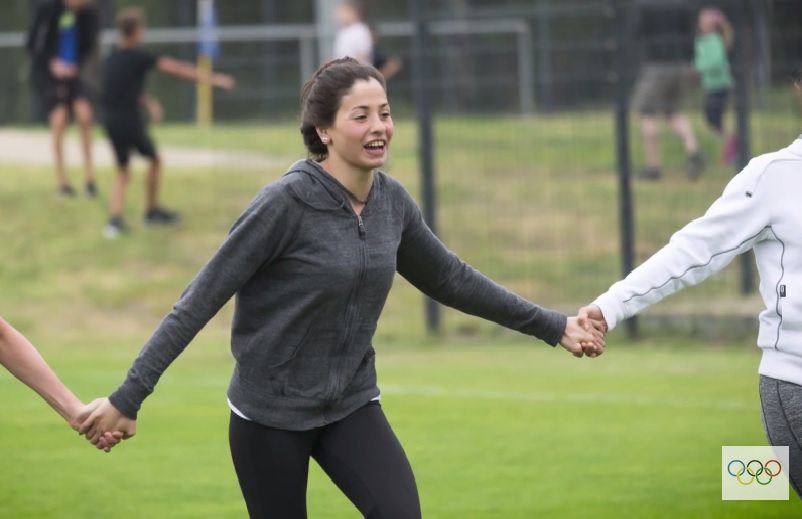 The Olympics have made history this year by allowing the first ever Refugee Olympic team to compete. The 10-strong athletic group has taken part in a wide variety of events, and hail from numerous countries around the world fraught with conflict.

Win or lose on the Olympic medal front, all these refugee participants are champions. They are the pure embodiment of the creed that defines the sporting institution:

The most important thing in the Olympic Games is not winning but taking part; the essential thing in life is not conquering but fighting well.

The International Olympic Committee (IOC) agreed to allow a refugee team to compete in March. The 10 participants were selected from an initial list of 43 potential candidates. IOC President Thomas Bach commented:

These refugees have no home, no team, no flag, no national anthem. We will offer them a home in the Olympic Village together with all the athletes of the world.

This will be a symbol of hope for all the refugees in our world, and will make the world better aware of the magnitude of this crisis. It is also a signal to the international community that refugees are our fellow human beings and are an enrichment to society.

The team members have fled violence in Syria, South Sudan, Ethiopia, and the Democratic Republic of Congo. All countries fraught with internal conflicts and foreign interventions.

Remarkably, Mardini, her sister, and two other people saved the lives of 20 people on their escape from Syria. The motor on the dinghy they were travelling on failed. Mardini and the three others who could swim jumped into the water and pushed the boat for three hours to get everyone to safety. She is 18 years old.

Rami Anis, another Syrian refugee now living in Belgium, beat his personal best in the men’s 100m freestyle event. The 25-year-old received a standing ovation for his efforts.

Half of the team have found refuge in Kenya at some point, in particular in the Kakuma refugee camp in the northeast of the country. The IOC and non-profit organisation FilmAid have organised for the games to be broadcast in the camp for the duration of the competition, to allow the approximately 200,000 refugees currently living there to watch the events.

We applaud the IOC for giving refugee athletes a chance to compete, for calling attention to the refugee crisis and for recognising the need to support communities of displaced people around the world.

By the end of 2015, a record 65.3 million people had been displaced around the world. 40.8 million of these people were internally displaced, and thousands more are said to be now uprooted in Brazil, as a result of the installation of infrastructure for the Olympic Games. 21.3 million had fled their countries entirely. As the United Nations Refugee Agency noted:

The tally is greater than the population of the United Kingdom – or of Canada, Australia and New Zealand combined.

Of course, allowing refugees to compete in the Olympic Games is not going to solve the current refugee crisis. But as Amanda Simon, Director of Media Relations for Amnesty International USA, commented:

By the end of the Olympic Games, there will be millions of people cheering for refugees… That itself is a big step forward.

There are many reasons to cheer for refugees, not just the medals they may win. But let’s hope the momentous journey they have taken to end up in the Olympic competition will inspire the international community to show courage and determination in finding solutions to the devastating crises that these brave souls represent.

Join the Refugees Welcome campaign in the UK.

Take action with the Refugees Welcome campaign in the US.

Learn more about the work of FilmAid.