The Home Office can no longer ask LGB asylum seekers about sex, but nothing else is off limits - The Canary 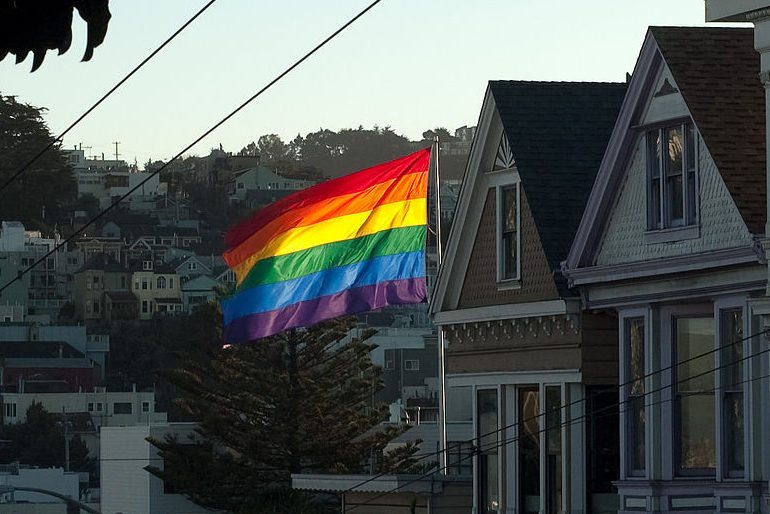 The Home Office has issued new guidance to prevent caseworkers from asking lesbian, gay and bisexual (LGB) asylum seekers for details about their sex lives. It follows allegations from asylum seekers that they have been forced to submit explicit photographs of themselves having sex with someone of the same gender.

However, the new Asylum Policy Instruction on Sexual Orientation (API) still recommends caseworkers use a range of other standards to judge LGB cases. And in practice, they may be just as problematic.

Any assessment made solely on the basis of stereotyped notions associated with homosexuals will not satisfy the requirements of EU law, in that it does not allow those authorities to take account of the individual situation and personal circumstances of the claimant for asylum concerned.

Regarding sexual activity, it continues:

Detailed questioning in regard to sexual practices must not be asked: any such questions are contrary to the fundamental rights guaranteed by the EU Charter of Fundamental Rights and, in particular, to the right to respect for private and family life.

Sexually explicit evidence, even if it is provided voluntarily by the claimant, must not in any circumstances be accepted.

However, then-Home Secretary Theresa May called a review of this procedure back in 2014, and incidents continued to be reported throughout 2015.

Though lines of questioning regarding explicit sexual activity are ruled out in the API, it still remains the case that:

Once they have done so, they must also prove that there is a “reasonable degree of likelihood” that they will be persecuted for their sexuality in their country of origin. Quantifying this could be very difficult.

There are a host of reasons that LGB asylum seekers may not have lived openly with their sexuality in their place of origin, not least because it will often be outlawed. There will be cases where it has been easier to live as a heterosexual person, which may have involved relationships, marriage and even children with someone of the opposite sex. Shame, stigma, heteronormativity and the general process of developing sexual and romantic feelings are all reasons for people all over the world, including some in the UK, to not be openly LGB at first, or ever.

It would also be fairly commonplace for a bisexual person to have had relationships with someone of the opposite sex, and to have children. That does not lessen their threat of persecution in some countries.

Bringing up the past

Shockingly, the API only acknowledges this reality to suggest that it is a reason to dispute someone’s sexual orientation. It states:

Evidence of existing or former opposite-sex relationships, or parenthood (both of which may need to be explored at interview) may be considered relevant in a credibility assessment.

Aderonke Apata’s case in 2015 is an example of this. During the High Court appeal of her rejected asylum claim, the Home Office barrister Andrew Bird said that Apata was, because she had children:

not part of the social group known as lesbians.

There are many lesbians with children around the world who will no doubt disagree with him. Experimentation happens, sexual assault happens, and people come to understand things about themselves as time goes on.

As well as ‘testing’ past relationships, the API recommends using involvement in the LGB community as a standard. It says:

Any perceived lack of contact with the LGB community is a relevant area of investigation to explore.

It goes on to suggest that not knowing established meeting places and activities that LGB groups take part in is not necessarily indicative that a claimant is not LGB, but by including this in the guidance the implication is that it should be.

For those who have entered the UK with limited language ability, or perhaps a disability, this is exclusionary. It also relies on the idea that socialising and activism are integral parts of being LGB. While for many they might be, for many others they are not – and for some, they may be impossible for any number of reasons.

So although the API stated that it was against EU law to use stereotypical ideas of LGB people to judge the claims of those seeking asylum, it appears to do just that. The website Free Movement has also outlined the ways it maintains discretionary testing, despite previous precedent outlawing just that.

It quotes a court ruling from 2012 as follows:

In short, the possibility of conduct entailing the avoidance of modification of certain types of behaviour related directly to the right engaged is irrelevant.

It then directly compares this to the wording of the API:

If someone has hidden their sexual orientation in response to social pressures or for cultural or religious reasons of their own choosing and not because of a fear of persecution, then they may not have a well-founded fear of persecution.

Evidently, this implies that if someone has consciously chosen to hide their sexuality, then they do not necessarily have a case. With that in mind, it looks like it’s business as usual at the Home Office.

Contact your MP to encourage them to stand up for all asylum seekers.