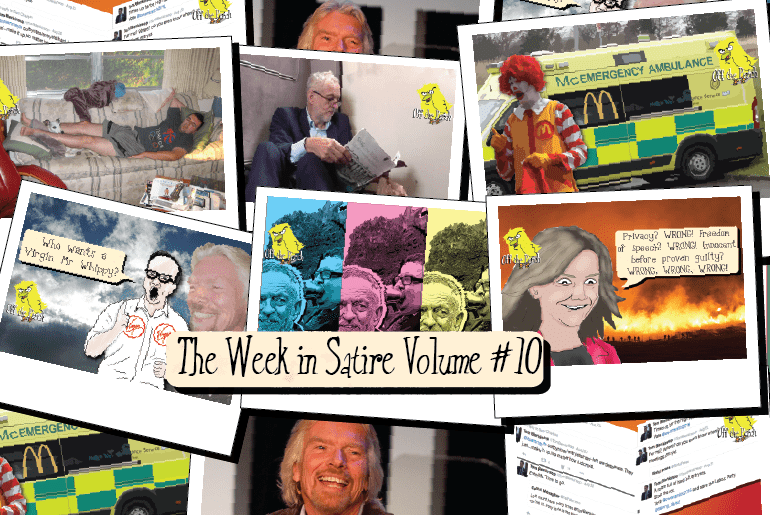 A week that saw the Labour Party purging members like they were bad chicken, the Tories struggling to make their plans to abolish human rights heard over #TrainGate, and Richard Branson standing up for the humble privatisation-billionaires. 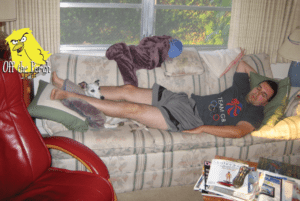 When Leave.EU claimed that Team GB’s smashing Olympic success is evidence of us being able to go it alone, many pointed out the following concerns with the group’s ‘logic’:

However, it has now emerged that Leave.EU was right all along, and that most of our Olympians didn’t even start training until after the referendum had taken place.

We spoke to Lindsey Tigereye – the uphill-kayak gold medallist – to find out exactly what happened: 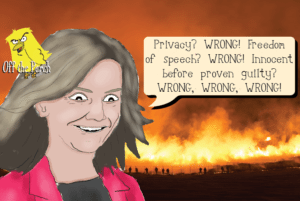 Following her successful management of foreign cheese and pork markets, Liz Truss has been put in charge of completely rewriting the Human Rights Act – i.e. the document which entitles us to do things like exist and live.

According to a leaked memo, if this bill of Human Wrongs is passed, 99% of the population will no longer have the right to: 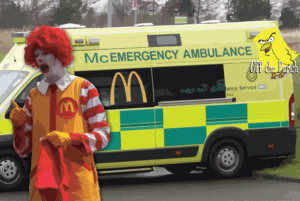 Months after McDonald’s unveiled their plans for a ‘McNHS’ healthcare subsidiary, Off The Perch can reveal that the fast food giant has been awarded the contract to run Sheffield’s Shafted Heart Healthcare Trust.

The trust, which runs Sheffield’s five hospitals, will be taken over by McDonald’s in October.

McNHS plans to introduce widespread charges for services that are currently free at the point of use. The company argues that special health package offers will balance the load. Spokesperson Robinia Blind told Off The Perch:

It’s really the most exciting thing to happen to the NHS since it was founded. We plan to bring the spirit of a McDonald’s restaurant into the British health service.

For example, for every three McBypasses or McHernias, McNHS will give you the fourth absolutely free. It really is a heck of a deal. 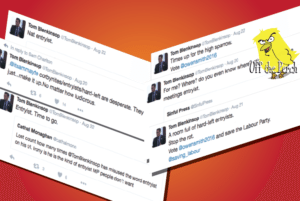 The insults so far have included: 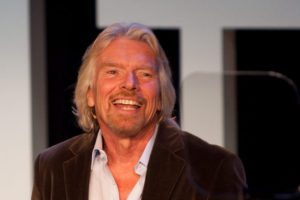 Richard Branson tries to smear Corbyn, and gets busted by his own passengers [OPINION]

After watching #Traingate unravel, I admit I was concerned. I heard the news reports on the radio, and it sounded bad; like Corbyn might actually be guilty of the hypocrisy so loathed when shown by other politicians. It made me question everything about my support for the man. Could he possibly be a fraud after all?

But within half an hour of looking around the net, away from the monopoly of the mainstream media’s megaphone, it turned out that countless commuters had come forward to say the train was indeed ram packed. The event had not been ‘faked’. And seats had only become available later in the journey.

7. Here’s Sam and Imaan who had to sit on the floor for three hours. They are not Corbynistas pic.twitter.com/xp47Tfp0t6 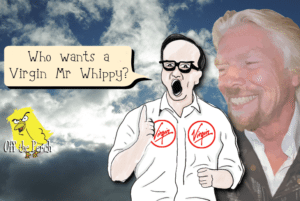 Following his successful demonstration of how his trains are never, ever crowded, people have once more been remembering what a great guy Richard Branson is.

The hot-air plutocrat has come in for a bit of stick in recent years, with many referring to him as a vulture-capitalist – i.e. an opportunistic business-buzzard who swoops down on public service road-kill to privatise what’s left of the carcass. And the fact that he has often profited from the taxpayer with silent financial backing from the taxpayer has done little to help this image.

Having found himself back in the nation’s good graces following his ‘daring’/possibly illegal exposé of #TrainGate, Big Rich is once more in the mood for a little financial dabble. Thankfully, it didn’t take him long to discover a run-down British institution that was begging to have cash inserted into it – namely the Labour leadership runner-up, Owen Smith. 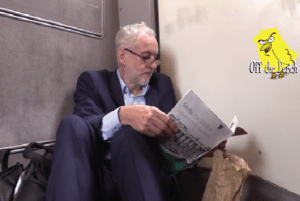 The entirely fabricated ‘Traingate’ scandal is far more important that the Conservative government’s sinister plan to abolish our human rights, it has been decided.

Despite Justice Secretary Liz Truss announcing that the government intends to repeal the Human Rights Act, the continuing efforts of the Tories to dismantle the NHS, and the numerous scandals engulfing the Conservative Party, most of the mainstream media have decided that a lie told by Virgin Trains to smear Jeremy Corbyn should be reported as fact and given top billing.

A spokesman for the BBC said:

The public has a right to see the latest made-up smear against Jeremy Corbyn presented as though it’s the truth. In comparison, the abolition of human rights and privatisation of the NHS are really quite uncontroversial because the public explicitly voted for those things at the 2015 general election.

And as state broadcaster, the BBC is legally obliged to present Conservative government propaganda uncritically, while doing as much as possible to undermine the Labour opposition. 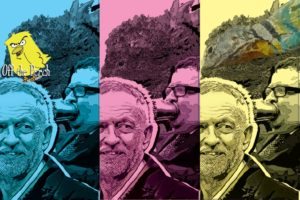 Are you Labour People or Lizard People? [POLL]

To test this theory, Phillips and her comrades at Camp Coup designed a poll to determine who should be considered acceptable members or supporters of the Labour Party and who, on account of their lizard-related beliefs, should be thrown on the political scrapheap of undesirability.

This is the poll skillfully obtained by our investigative team at Off The Perch.

Originally called “Labour Right or Labour Wrong?”, the poll was finally titled in a way thought to be much less offensive to participants: “Are you Labour People or Lizard People?”

In the interest of transparency, Off The Perch has published the poll below so our readers can find out which camp they’re in.