Watch Corbyn destroy the myth he plotted against Labour leaders, in explosive footage from 1992 [VIDEO] - The Canary 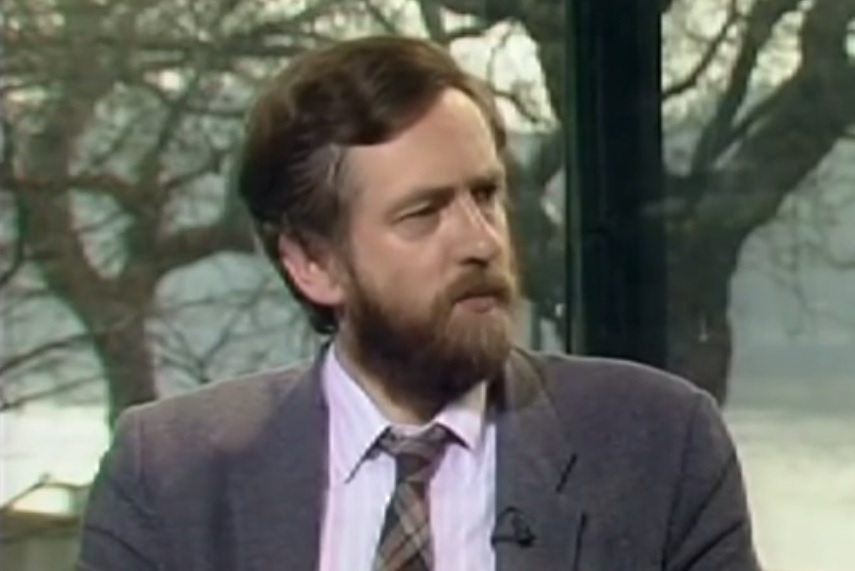 The argument that Jeremy Corbyn is a serial rebel who constantly tried to unseat previous Labour leaders, and therefore deserves everything he gets, has just unravelled.

An interview with the current Labour leader following the party’s general election defeat in 1992 has emerged. And it shows Corbyn clearly attempting to defend then Labour leader Neil Kinnock against being subjected to a leadership contest.

In 1992, the Labour Party was defeated by the Tories. It was Kinnock’s second general election defeat as Labour leader. Corbyn, and Ken Livingstone, were interviewed by the BBC about the party’s failure to seize power after 13 years of consecutive Conservative governments.

The BBC interviewer posed the following question to Corbyn:

You’ve long had your differences with Mr Kinnock himself. You see him as espousing that moderate cause which you believe hasn’t done the Labour Party any favours. Isn’t it time for him to go? He’s failed.

He has put forward the policy changes in the party that have moved us in a more right-wing direction. He’s the one who has not put forward a policy of arms cuts, for example, and nuclear weapons. But I think we need to have a policy debate, a policy discussion, within the party, rather than be plunged into an immediate leadership election.

Livingstone held the same view. He noted his disagreements with some of Kinnock’s policy choices, but rejected the idea that an immediate leadership challenge needed to happen.

Kinnock has been an incredibly vocal opponent of Corbyn’s leadership win in 2015. In July of this year, a recording was leaked of the previous Labour leader speaking to the Parliamentary Labour Party (PLP), which detailed why he believes the party is “inhibited” by Corbyn’s election.

Kinnock has regularly invoked Corbyn’s support for Tony Benn’s leadership challenge against him in 1988 when arguing for the current incumbent to be deposed. This challenge took place the year after the Labour Party suffered its first general election defeat under Kinnock.

Benn’s challenge failed, and Kinnock retained his position with 88.6% of the vote. As Kinnock himself notes, this victory happened “in a different electoral system” where MPs controlled one third of the entire leadership vote, rather than the ‘one member one vote’ system currently in place.

But as the video shows, after Kinnock had won that leadership challenge and the party had suffered two general election defeats under his watch, Corbyn rallied against a further leadership contest, and urged a debate on policy instead.

That lays the charge against Corbyn as a serial deposer to rest. And it begs a question: if Corbyn survives this current leadership challenge, will Kinnock and the PLP extend the same courtesy to him?

If they don’t, and they continue to launch challenge after challenge, we may never see Corbyn put to the test of a general election. The very same test that Kinnock faced twice, failing pretty miserably on both occasions.

A general election defeat is what the PLP claims it’s afraid of under Corbyn. That’s what it uses as a justification for its incessant and (as we’ve seen here) distorted claims about the current Labour leader.

We’ll see whether Labour Party members feel the same as the PLP in September. If they don’t, Corbyn may get to face the general election test after all.

– Read other Canary articles on the Labour Party, and the leadership contest.