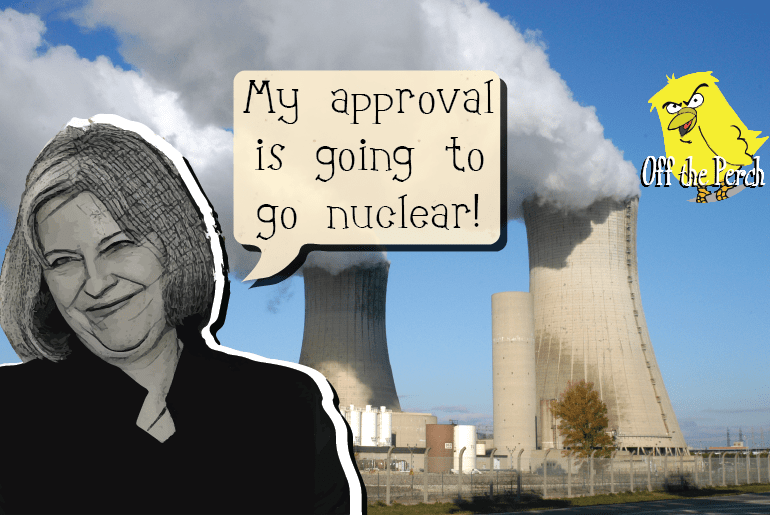 When Theresa May sidled her way into the prime ministerial role, it was expected that there would be a radical departure from George Osborne’s foreign investment philosophy.

To highlight the differences between Osborne and May’s approaches, imagine if you will an apartment – an apartment which represents the UK’s infrastructure. George Osborne’s attitude towards renting this apartment out was to:

Theresa May, however, theoretically wanted to rent out said apartment in a manner which involved us actually being paid rent, and didn’t involve us having to make regular insurance claims because the thing kept burning down.

This is why, as soon as she became Prime Minister, May put Hinkley into review – to put her foot down and show that she wouldn’t just accept any old deal for the sake of accepting any old deal.

The Chinese government responded with the following message:

Or at least that’s what the comedian Lee Nelson translated it as anyway, as he had snuck into the meeting and pretended to be an interpreter for one of his pranks. It later transpired that what the Chinese delegates actually said was:

Unfortunately for May, this attitude continued at the recent G20 summit, where world leaders allegedly kept silently passing wind and then shouting:

Ahh, Theresa – have you done another Brexit? Back of the queue for you!

Her plan to have Brexit overseen by Brexiteers has also gone awry.

The idea was that if Brexit went to pot, the rightful people would take the blame. What she didn’t anticipate was that they wouldn’t even manage to formulate a plan in the first place, and that they’d do the political equivalent of publicly sh*tting themselves every time they opened their mouths.

Following all of the silliness, Prime Minister May has thankfully accepted the deal, and at last learned to stop worrying and love the bomb. Although we have been told that we shouldn’t refer to the plant as a bomb, as it almost certainly won’t blow up.