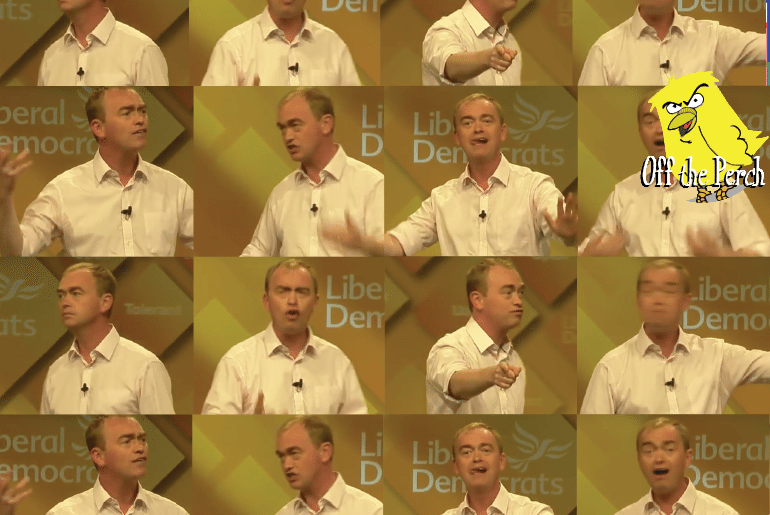 Liberal Democrat leader Tim Farron accidentally said what everyone was thinking on 20 September, when he appeared at the party conference and vocalised the following by mistake:

A vote for us is a vote for 5 more years of almost completely unbridled Tory dominion!

Err… I mean a vote for us is a vote for gutted public services, slashed support for the needy, and an atmosphere of fear and mistrust in which parties like UKIP will thrive!

Damn! I mean a vote for us is a vote for MURDER! DEATH! CARNAGE! A TAX ON PASTIES AND ROLLS! NICK CLEGG WRITING A BOOK ABOUT WHY HE WAS RIGHT AND EVERYONE ELSE WAS WRONG! THE END OF F*CKING DAYS!

After 45 minutes of this, Tim Farron eventually managed to clarify what he actually meant to say:

A vote for us is a vote for that Tony Blair sh*t that everyone is obviously completely sick of.

Farron spent the rest of his speech attempting to appeal to centre-ground politicians in the Labour Party.

Having observed the mass exodus of voters to the SNP, the Greens, UKIP, and Corbyn’s Labour, Farron has assessed the political landscape and decided that what people are crying out for is a return to the centrist, business-as-usual politics that they’ve all quite obviously fled from.

Many noticed that Farron was also very animated during his speech – allegedly because he was worried about people using face-recognition software to identify that he was once part of a Conservative-led government. 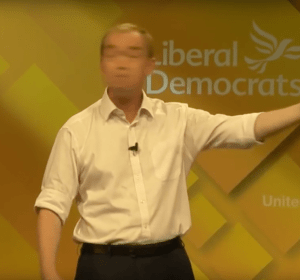 These worries ended up being unfounded, however, as it turns out that when you type ‘Tim Farron’ into Google, you are offered the message:

Did you mean to search for someone else? Like anyone else? Seriously – life is short – don’t waste it on this.

Obviously, these are all serious blows for Farron in a week in which he was compared to Canadian Prime Minister Justin Trudeau.

And if he is, is that a good thing?

Because he certainly hasn’t come out against forming another coalition with the Conservatives.