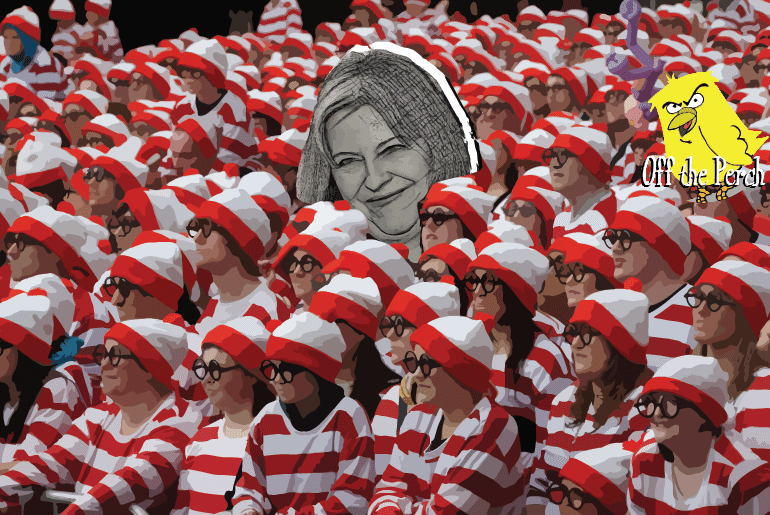 Following that awkward first week back from the summer break, Theresa May has worked out a way of avoiding all criticism – namely by refusing to say or do anything which could be criticised.

Or by saying or doing anything which could be praised.

Or indeed by saying or doing anything at all.

We spoke to one of the PM’s senior advisors to find out who came up with this latest Tory masterstroke:

Theresa used to look at David Cameron and think ‘crikey – if gammon face can handle it, being PM must be a piece of cake.’ That’s why she spent her summer break not planning anything – thinking she could just come back and zing that Corbyn chap with some top jokes and chill.

What she failed to realise, however, is that ‘gammon face’ did so well because his skin is so incredibly thick. Almost as if it actually is made out of gammon.

Unfortunately, when we returned and declared we had no plan for Brexit and only half an idea for reinstating grammar schools, the public went off their heads, and started shouting ‘did you pull that nonsense out of your arses, you hate-spawned pimps of incompetence?’

But enough about that, because right now – for everyone’s amusement – we’ve got some more scenes of bumbling Boris Johnson attempting to make foreign policy. It’s well bants.

Although normally it would be noticed when a world leader makes themselves scarce in the middle of something like Brexit, Labour has once more stepped forwards to deflect attention – the moderates of the party sacrificing themselves like a whale beaching itself in order to draw attention away from a shark attack in the shallows.

The question they should be asking themselves, of course, is who do they expect to roll them back into the sea once the shark has finished?

If you yourself see Theresa May, please do not attempt to approach her, as she may be easily spooked. And we wouldn’t want the PM to do herself a mischief whilst attempting to flee from her responsibilities.