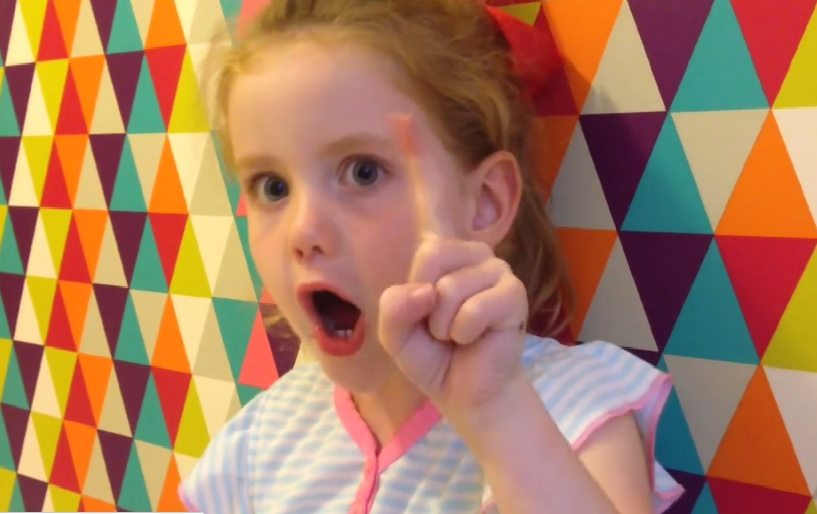 A five-year-old child has just sent Theresa May a blistering message. A video of the young girl, named Brook, was uploaded to YouTube by her mother. And it’s a rallying cry against the May government’s treatment of vulnerable people, and its eagerness for war.

Brook’s fury at the priorities shown by May’s government is clear, even before she launches into her fiery charge:

I’ve got something to say to you Theresa May [shakes head in absolute incredulity]. Yesterday night, I was out on the streets and I saw hundreds, millions, of homeless people. I saw one with floppy ears, I saw loads.

You should be out there Theresa May. You should be [bringing] biscuits, hot chocolate, sandwiches, building houses.

Although buoyed by a child’s enthusiasm, Brook is not wrong about how visible homelessness is in the UK today. Since 2010, the number of recorded rough sleepers in England has doubled.

In addition, as homeless charity Crisis has reported, the number of households in England that applied for statutory homelessness assistance increased by 11% in 2015/16 compared to 2010/11. To qualify for this homeless category, you must either “lack a secure place in which you are entitled to live or not reasonably be able to stay in your current accommodation”.

And neither of these calculations include the ‘hidden homeless‘, those not registered with a local authority. Crisis’s research suggests that these people, who survive by crashing on couches and in squats, make up the majority of the actual homeless.

Austerity is exacerbating the problem

As Brook suggests, food and (most importantly) housing are required to resolve this crisis. But May’s government has shown a determination to continue with an austerity agenda that makes the problem worse. The policies the Tories have implemented – such as local council cuts, right-to-buy, and benefit sanctions (all in an alleged attempt to see the country ‘live within its means’) – have made homelessness much more likely for many citizens.

Brook then points out to May that it’s not money that’s the problem for the government:

Look, I’m only five years old. There’s nothing I can do about it. I’m saving up money and there’ll never be enough. You’ve got the pot of money, spend some and help people. That’s what you’ve got to do.

Cause we’ve had lots of wars in this country and I do not like that Theresa May. I’m very angry.

It is startling that this comparison comes from a five-year-old child, but it’s an apt one. Obviously, the government does have money. But, Brook alludes, it is choosing to spend it on “lots of wars” rather than on the country’s most vulnerable citizens.

SNP MP Mhairi Black made a similar point in parliament in July. Speaking during a debate on whether to renew the UK’s weapon of mass destruction – the Trident missile system, the MP said:

And all those people who have been making that argument for austerity are now the very same people who are telling us that we can afford to write a blank cheque for these useless weapons.

According to the Campaign for Nuclear Disarmament, the cost of replacing the Trident missile could exceed £200bn. But this a small price for the government to pay for, as Black puts it, preserving “Westminster’s self-indulgent image of importance”.

That, evidently, is the government’s priority. But it’s one that many people in the country do not share. Especially this remarkable, and ferocious, little girl.

– Take action with The People’s Assembly Against Austerity.

– Find out how you can help Crisis with the UK’s homelessness.