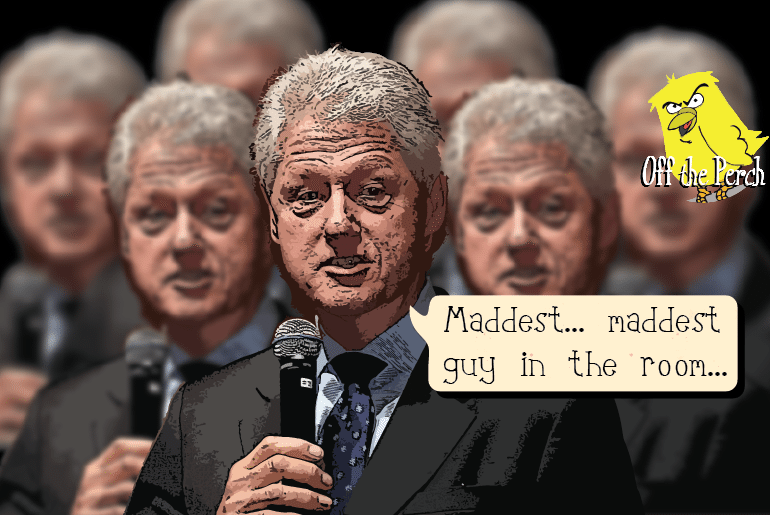 With Hillary Clinton’s defeat by an over-filled cheese toastie in a suit, it became apparent to everyone that ‘business as usual politics’ was dead.

And not just dead. Cremated, too. The ashes swept up and fired into the nearest black hole.

Clinton’s husband and former President Bill Clinton was particularly surprised. Especially as events so comprehensively contradicted something he had said in this private conversation from Wikileaks:

When David Cameron thumped him in the election, they reached the interesting conclusion that they lost because they hadn’t moved far left enough, and so they went out and practically got a guy off the street to be the leader of the British Labour party.

But what that is reflective of – the same thing happened in the Greek election – when people feel they’ve been shafted and they don’t expect anything to happen anyway, they just want the maddest person in the room to represent them.

What Billy failed to predict was that the “maddest” people in the room were actually the ones predicting that what people wanted was more of the same. More disparity. More institutional racism. More war. More greed. More lies.

The people will, of course, get all that and then some with Trump. But at least they’ll get to spite the f*ckers who pretended to represent them in the meantime. Or at least they may get to feel like that for a spell anyway. Briefly. Before reality crashes back over them like the final cold wave on a shipwreck.

And this is why Bill Clinton became stuck in some sort of loop. Wandering around his empty palace of entitlement, muttering the same phrase over and over:

And this instance of ‘moderate’ psychosis wasn’t limited to the USA, as the Blairites’ own John McTernan also suffered an episode. This was him before we all realised that the polls had, once more, got it completely wrong: 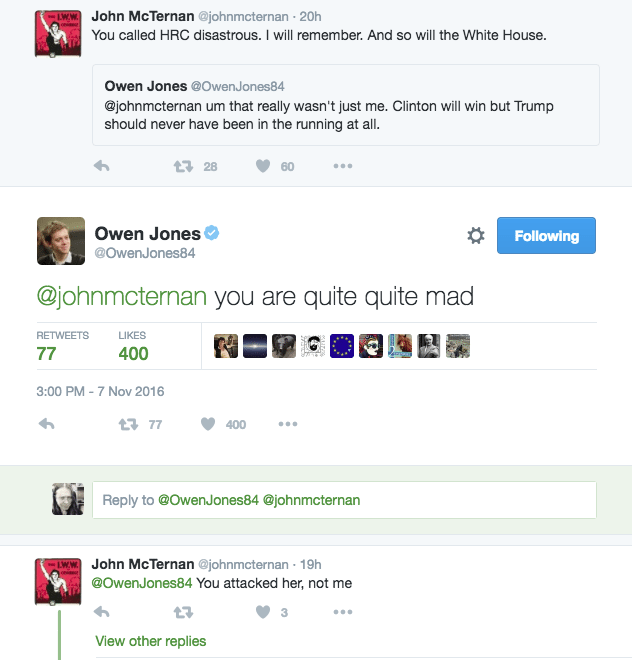 Because McTernan hadn’t only convinced himself that the dragon of neoliberalism was going to stir from its decade-long slumber. He’d convinced himself it would sweep him up on its back and engulf all his enemies in fire.

Which is why he later turned up in a branch of McDonald’s, naked, screaming at anyone who would listen:

And if you think these accounts of moderate meltdowns are terrifying enough, bear in mind we still have no idea how Tony Blair has reacted yet.

Because business-class politics is dying, and you wouldn’t want to get caught up in the death throes.