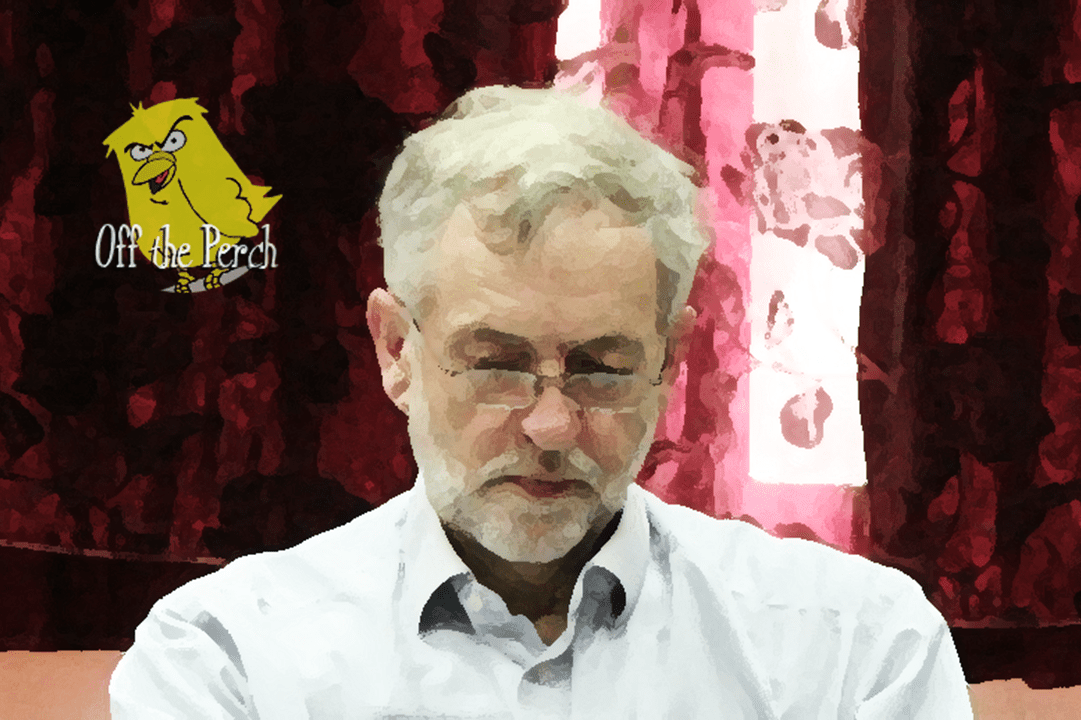 With Christmas just around the corner, The Sun has been eagerly awaiting season’s greeting cards from grateful UK politicians. Yet when Labour leader Jeremy Corbyn’s Christmas card dropped through the letterbox, The Sun savaged it like a right-wing dog.

As The Sun explained in an article covering the scandal, Corbyn made the “un-festive” choice of putting a boring old dove of peace on the card. It stood in stark contrast to Prime Minister Theresa May’s joyous array of designs featuring the Downing Street front door.

Unlike May’s politically neutral choice of using No.10 Downing Street in the picture, Corbyn also made the partisan move of placing the dove on a Labour-red background. Both alternatives, however, are a departure from those of leaders past, according to The Sun. Typically, party chiefs selflessly choose to feature themselves on the front of the card. Like this terrifying example:

maybe they wanted something a little more pro-war like this? pic.twitter.com/0odARwOSew

Off The Perch approached The Sun for comment. We did not however send a potbellied white guy. So unfortunately, the publication refused to answer our questions. Our reporter attempted to show some seasonal willing by wearing a festive red jacket, but The Sun mistook the gesture as an attempt to mock its valuation of Corbyn’s card. “F*ck you, Ebenezer” was the only statement we received from the news outlet.

What’s dove got to do with it?

Corbyn’s office, however, agreed to provide a statement. We asked the Labour leader whether he believed The Sun‘s anger over his choice rested on the fact it was not designed by children. He said:

I think the three children who designed the Prime Minister’s card did a wonderful job. But the dove is a symbol of peace for all children, all people across the world. It’s also a Christian symbol for the Holy Spirit. Can you get more Christmassy than that?

Plus, the blighter’s unashamedly white. I assumed The Sun would be delighted. Obviously they’ve just got it in for me.

Any assertion that The Sun might ‘have it in’ for Corbyn was bolstered shortly after he made the statement. A mere 12 hours after the tabloid berated the Labour leader for creating an “un-festive” Christmas card, it slammed him for planning to celebrate “Christmas jumper day”. The tabloid learned of Corbyn’s deplorable scheme to adorn himself with gimmicky festive clothing when his diary was leaked to the paper.

Rather than celebrating Corbyn’s apparent recovery from ‘dull-dove syndrome’, it castigated him further. If the Labour leader danced all the way to the north pole, The Sun would simply criticise his footwork.

So will the real Christmas-Grinch please stand up?

Featured image via the Foreign and Commonwealth Office/Flickr