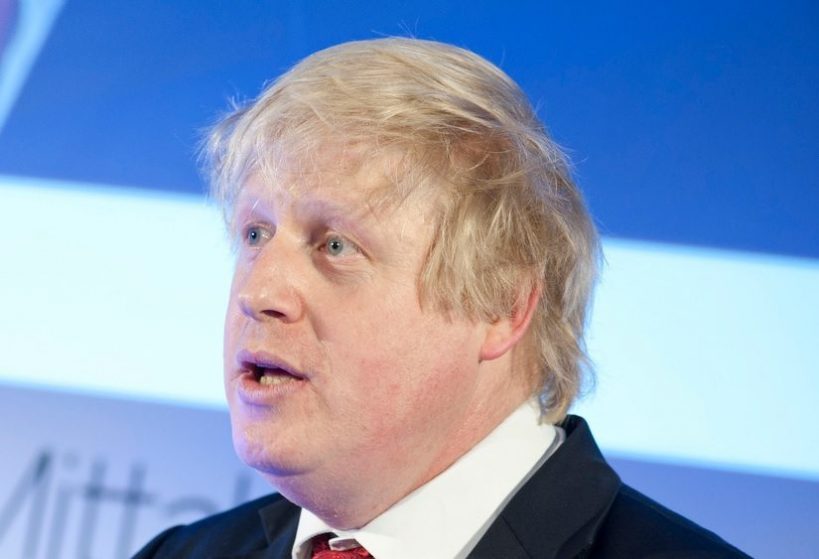 Bootle MP Peter Dowd was the first to address Theresa May at Prime Minister’s Questions (PMQs) on 14 December. He posed a brief but pointed question that absolutely levelled May’s choice for Foreign Secretary, Boris Johnson.

And it succeeded in sending the entire chamber into meltdown.

Dowd’s question lasted around 15 seconds. But it spoke volumes:

Mr Speaker, in the light of the Foreign Secretary’s display of chronic foot-in-mouth disease, when deciding on Cabinet positions, does the Prime Minister now regret that pencilling FO against his name should have been an instruction not a job offer.

His question caused the packed House of Commons to erupt with laughter. May had to wait for longer than it took to ask, and for an interjection from the speaker, before she could reply:

I have to say that the Foreign Secretary is doing an absolutely excellent job. He is in short an FFS, a fine foreign secretary.

As Foreign Secretary, Johnson is in charge of the Foreign Office (FO). A video surfaced of him recently in which he accused UK ally Saudi Arabia of “puppeteering and playing proxy wars”. Some agreed with his assertion. But a spokesperson for the Prime Minister said that Johnson’s comments do not reflect “the government’s position”.

That diplomatic gaffe came a few days after Johnson’s first major public policy speech. In that address, he urged the global community to “defend and preserve” the international rule-based order. He also warned against “the cult of the strong man” and cautioned that “democracy is in retreat”. Yet he failed to mention that the UK itself breaks international rules, and has introduced laws that threaten democracy. Meanwhile, the Foreign Secretary himself has praised the “strong man” Donald Trump.

It has also been revealed that Johnson’s decision to purchase unusable water cannons in 2014 has cost the taxpayer more than £320,000 to date. Johnson bought the cannons from German police when he was Major of London. Yet water cannons are illegal to use in the UK. Current Mayor of London Sadiq Khan provided the breakdown of costs to the taxpayer. Khan will now sell the cannons.

So as Dowd highlighted, gaffes are a Johnson trademark. But hypocrisy, arrogance, vanity, and frivolity are Bo-Jo brands too. And none of these are qualities desired in a foreign secretary. Or indeed in a public official working in any department.

So there’s one clear ‘instruction’ we should all give the Prime Minister: FFS, can you please tell the foreign secretary to FO? For all our sakes.

Featured image via The Financial Times/Flickr