'We will vote through this horrible mess we object to', Labour MPs assure Brexit voters - Canary 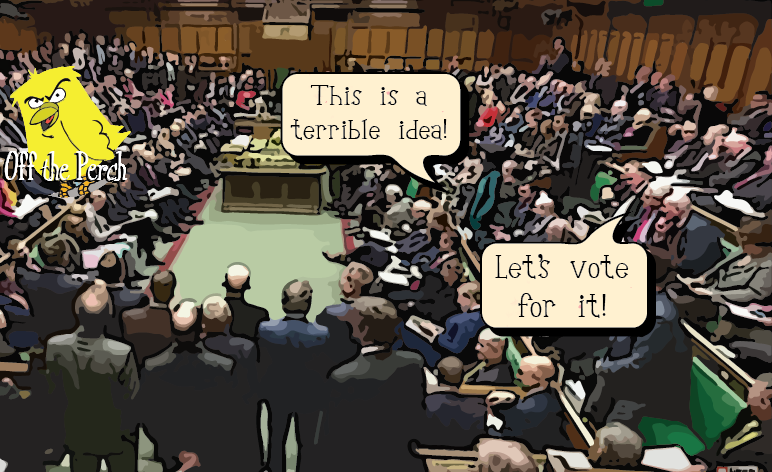 Labour MPs have been very clear in making two points known over the past few days:

"I will stick this flaming rag into your petrol tank as requested, tho I fear the consequences will be catastrophic" -qualified car mechanic https://t.co/DIjF6EVQVz

To be fair, Labour finds itself between a rock and a hard place so hard you could use it to grate diamonds. Although most of their voters voted for Remain, most of their constituencies voted for Brexit. And there’s a very real possibility that attempting to thwart Brexit would trigger a general election. An election which (if polls are to be trusted) Labour are about as well-prepared to fight as a pig is prepared to defend itself against a fry-up.

And so many Labour MPs are doing what most of us would do. Which is they’re saying:

Look, this wasn’t my idea, but there’s nothing I can do about it. Just remember that I told you so after it all turns to sh*t, okay?

And although that is how most of us would behave, you’d kind of hope that the people who voluntarily chose to become leaders of the country might be a bit better than that. You’d hope they would either vote with their conscience or dress it up enough to not look like they were saying:

You reap what you sow, sh*t-munchers.

Labour’s stance has obviously created massive tensions amongst those who support the party. Some people are going to carry on supporting Corbyn regardless, because they think Brexit was inevitable, and he’s still their sexy little lefty. Others will call for a more centrist/broad-appeal leader, because Brexit is going to force the Tories so far to the right that it will make Piers Morgan look like Che Guevara. Others yet will move on to the Liberal Democrats, BECAUSE THEY DON’T UNDERSTAND THAT SUPPORTING A PARTY WHICH REFUSES TO RULE OUT ANOTHER COALITION WITH THE TORIES IS IN NO WAY A VOTE AGAINST THE TORIES.

The Scots, meanwhile, will carry on viewing Labour exactly how they’ve viewed them for the past few years. Namely as a weird and dated thing that people used to do in the past. Like listening to Duran Duran or building reservoirs out of lead.

You can bet that we’ll remain united on who the real arseholes are in all this though. As soon as the proper talks begin. And the likes of Johnson, May, and Fox open their crooked, liars’ mouths to talk.