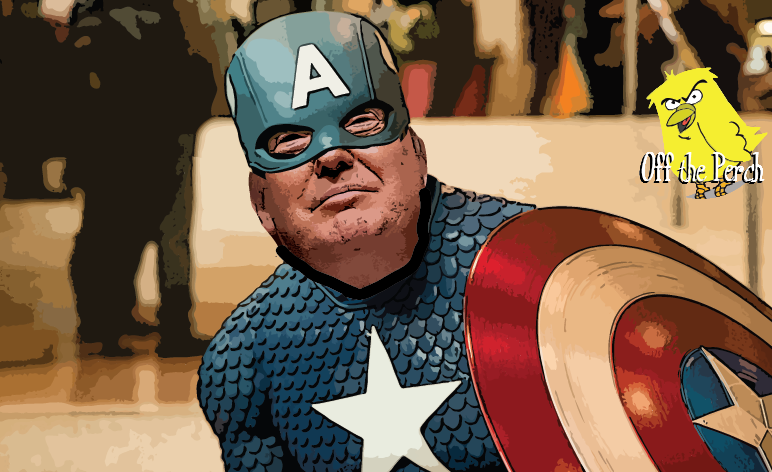 Donald Trump was recently discussing tactical US operations at his Mar-a-Lago restaurant.

In the middle of the discussion, a drunk hotel guest stumbled over and said:

And Trump responded without a hint of irony:

We’re going to send in The Avengers.

When the mirth had subsided, Trump asked everyone what they were laughing about. Following several seconds of nervous gulping, the head of the CIA explained that The Avengers were in fact imaginary. Trump shrugged his shoulders and said:

So they’re alt-real. I can work with that. Most of my businesses have been alt-real!

His team tried to explain to him that alt-real basically just means total, fictitious b*llocks. But this enraged Trump, who insisted that a giant TV be wheeled into the restaurant. The President then screened a copy of The Avengers for all his guests. And as it played, he shouted things like:

You see! I told you they were real! That guy in the fancy robot suit is Tony Stark. I’ve played golf with him and Mark Cuban. He’s not smart enough to be President, but he invented some stuff that even I’m impressed by.

If the Hulk isn’t real, how come I’m watching him talk smack with Captain Trump and the Hot Widow?

They explained to him that the character was created with computers for the film. Trump asserted:

So if we have these computers, we can just use them to make another Hulk, right? Isn’t that obvious?

Trump then proceeded to look at everyone around him as if they were the idiots.

And in a way, they were. Because these were the people who had helped him get into power.