Liam Fox to push for trading ties with Mordor 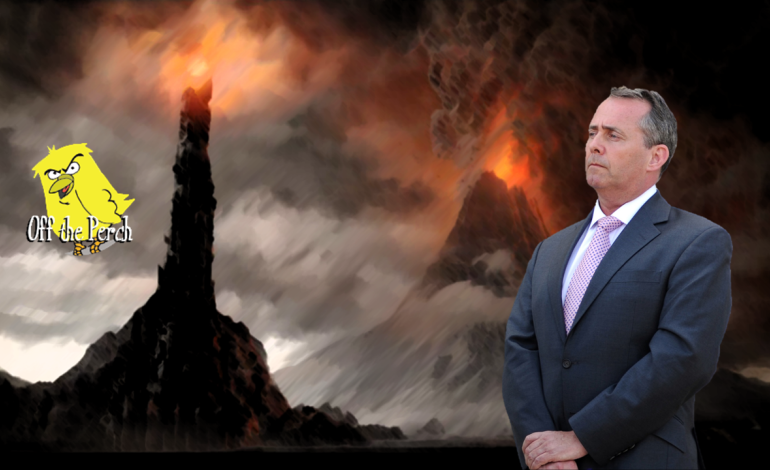 The UK’s Secretary of State for International Trade, Liam Fox, is leaving no stone unturned in his quest to find post-Brexit trading partners for Britain. And he’ll find no shortage of stones in the boulder-strewn wastelands of Mordor.

The government’s big guns have set off around the world to drum up sales for, er, big guns. Theresa May has been on a mission to show Saudi women that they can aspire to be war-mongering despots just like the men. While Fox, a kind of visual aid to prove that meritocracy isn’t a real thing, has headed for the Philippines.

The Philippines is currently run by Rodrigo Duterte, a jumped-up mayor who thinks the law is for weeds. Fox has at least solved the mystery of what constitutes ‘British Values’, because apparently we share them with the Philippines. So expect extra-judicial executions, possibly by flinging from helicopter, to sweep Britain soon. Once we can shake off those hand-wringers in Brussels with their Health & Safety red tape, of course.

The natural next stop on Fox’s tour of shame is Mordor. An aide travelling with the delegation told Off The Perch:

Mordor offers an attractive trading scenario for the UK. It’s tremendously rich in the mineral neodymium. We need this for almost everything, especially for making tiny earphones produce phat beats. And our aerospace and communications sector can offer Mordor the chance to position itself at the forefront of technology in terms of its national defence capability. Which is clearly in the UK’s national interest. Lord Sauron has promised that he won’t use brimstone missiles to cover the whole of Middle Earth in a second darkness. And we trust him. I must say, the Dark Lord is a good deal more personable than many of the dignitaries we meet on these trips.

Well this certainly makes a change from dealing with largely democratic and peaceful nations just across the channel. How invigorating.