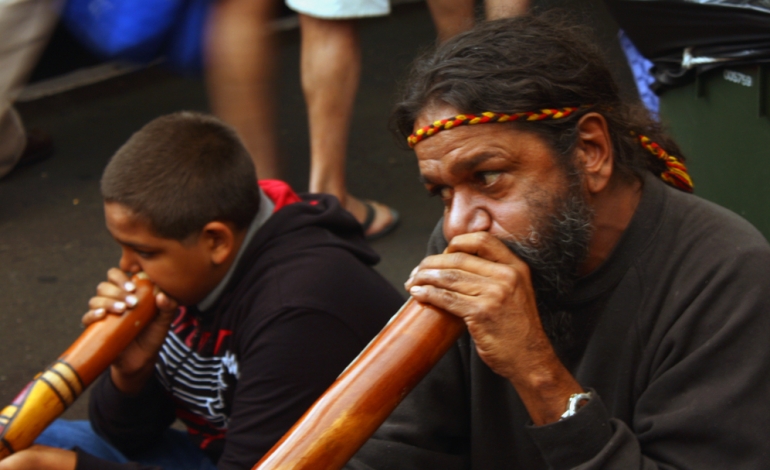 A UN Special Rapporteur on Indigenous Rights is deeply concerned by Australia’s high rates of indigenous incarceration. And she believes this discrepancy is about discrimination, rather than indigenous Australians committing more crimes.

Aboriginal and Torres Strait Islander Australians make up only 3% of the population. Yet they account for 28% of the prison population.

UN Special Rapporteur on Indigenous Rights Victoria Tauli-Corpuz explains that Australian authorities take indigenous children away from their families at nearly 10 times the rate of non-indigenous children. And she says this is why there are so many indigenous Australians in youth detention centres. Evidence of official discrimination is in the fact that authorities send children to these centres for very trivial reasons. For example, police incarcerated one boy for stealing a piece of fruit.

Australia’s criminal justice system does not treat non-indigenous people in such an overly harsh way.

Tauli-Corpuz calls on the government to reinstate funding for Aboriginal legal services. She also says there needs to be a national strategy for reducing the over-representation of indigenous Australian children in detention centres and in care.

Australia’s treatment of Aboriginals is part of the reason why the country still doesn’t have a seat on the UN human rights council. Another reason is its violation of the rights of refugees and its lack of opposition to abuses in Sri Lanka and Myanmar.

This kind of discrimination (against Aboriginals or refugees) begins with ‘othering’: the viewing of outsiders and minorities as ‘not part of the group’. There’s an evolutionary reason for this ‘us vs them’ mentality. And it lies at the heart of racism. But some cultures are struggling more than others to override this social trait. In Australia, hostile feelings towards the ‘other’ seem to be a widespread and deep-rooted issue.

Based on multiple surveys, at least 20% of Australians admit to holding racist attitudes against indigenous people. This minimum figure holds true between 1969 and the present day. Also, a 2014 study found that at least a fifth of those surveyed said they would express their racist attitudes towards Aboriginals when interacting with them.

Another study released in 2014 underscored that one in five Australians would move if an Aboriginal or Torres Strait Islander sat next to them. And more than one in three think indigenous people are lazy.

Life as an Aboriginal in Australia can be extremely distressing. A 2015 study showed that over 70% of Aboriginals said they were mistreated in the past six months. Simply for being Aboriginal. And a 2016 report found that 46% of Aboriginals were the victims of racist verbal or physical abuse in the previous six months.

Australia still has a long way to go in terms of respecting and protecting the rights and livelihoods of minorities. But the government could start by implementing the recommendations of Tauli-Corpuz. Otherwise, Australia will continue to stand out as a highly developed country with unacceptably high levels of intolerance.

See one Aboriginal Australian speak about his experience of discrimination in the wonderful film ‘Human’:

– Check out more articles from The Canary‘s Global section.