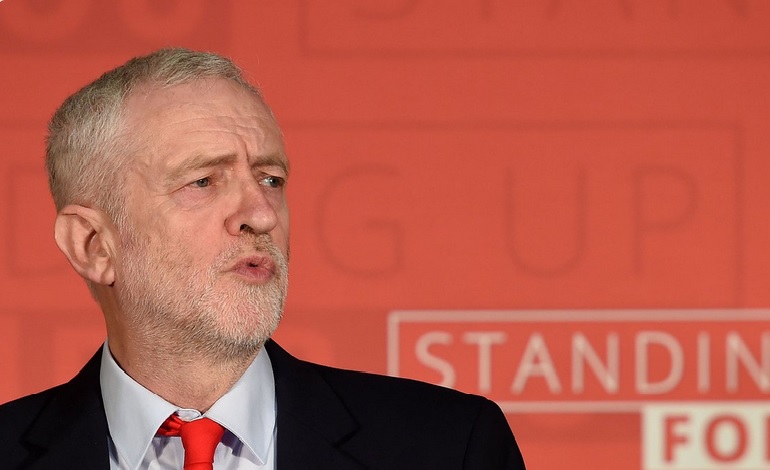 LBC radio reported that Labour leader Jeremy Corbyn was “frosty” during an interview with the station. And then, it accidentally revealed why he was absolutely right to be so.

LBC‘s Senior Reporter Vincent McAviney was at the launch of the Labour Party’s local election campaign. And at the event, he secured an interview with Corbyn. During the interview, according to LBC, McAviney “asked the leader a range of questions about their policies and plans for the votes, as well as topics… such as Gibraltar and Saudi Arabia”.

But one moment from the interview has received lots of attention. Because it’s the only part of that lengthy interview that LBC has highlighted.

McAviney narrated LBC‘s interpretation of the encounter. He said Corbyn wasn’t “fired up for the fight” at the local elections. And he accused Corbyn of not even being able to “muster the energy” to describe what a good local election result would be.

Corbyn did answer a question on what he thought a good election result would be, though. He said a good result would be “Labour councils being elected” and “Labour gaining seats and holding councils we’ve got”. But he resisted answering another question in the way the reporter wanted. McAviney asked:

But if you aren’t the right person to deliver that campaigning party that you say… will you take note? What would be a success for you on the 4th May?

To this, Corbyn replied:

Corbyn also said “haven’t you got anything else to ask me?” when the interview had finished.

Corbyn faced a similar question about the future of his leadership in an interview with ITV on 4 April. He responded to that by accusing the media of being “obsessed” with his future as the head of the party. And he charged that the media doesn’t “bother to report” what the Labour Party is actually doing.

LBC‘s run-in with Labour at the launch seems to prove his point. Because’s here’s the sum total of reporting that LBC did on Corbyn’s lengthy interview with McAviney, as shared on its Twitter feed:

This is the frosty LBC interview with Jeremy Corbyn https://t.co/bd7IXisHvn

Reporter asked what would be a successful local election result. Corbyn: Haven't you got anything else to ask about? https://t.co/bd7IXisHvn

"Haven't you got anything else to ask about?” Jeremy Corbyn’s frosty exchange with our reporter https://t.co/bd7IXiKimV pic.twitter.com/Aq5SHRA8s3

Take a listen to the LBC reporter’s questions that Jeremy Corbyn took objection to https://t.co/bd7IXiKimV pic.twitter.com/CqGOedK6LB

This gets a little bit awkward: our reporter gets on the wrong side of Jeremy Corbyn https://t.co/bd7IXisHvn pic.twitter.com/KcuelbkNJK

So nothing about Corbyn’s answers to McAviney’s “range of questions about their policies and plans for the votes, as well as topics issues such as Gibraltar and Saudi Arabia” then? No. Although LBC did ask listeners and readers one other question:

But if media outlets disagree with Corbyn on that point, they’ve got a funny way of showing it. Because it seems they’re doing all they can to prove him right.