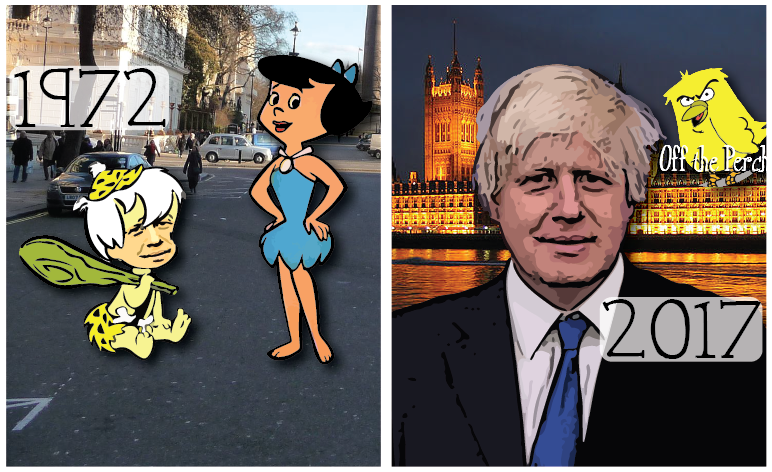 Anxious parents Betty and Barney Rubble had long given up hope of finding their son Bamm Bamm after he went missing from their Bedrock home in the 1970s. But as Betty tuned into BBC News to see how the UK general election was going, she got a shock. Her son was not only alive, but now the UK Foreign Secretary, going by the name Boris Johnson.

It was the morning of Dec 3 1972, when the Rubbles went to wake their 6-year-old son Bamm Bamm. But the boy wasn’t in his bed, or the house, or anywhere in the Bedrock community. Neighbour Wilma Flintstone said at the time:

The Rubbles adopted Bamm Bamm when he was left on their doorstep like a bottle of milk. And they’ve grown to love him as much as any parents love their son. He is a real tyke.

He and our daughter Pebbles are inseparable. I literally have no idea how to break it to her that we can’t find him, and don’t know when she can play with him again.

After months of dead ends, the case went cold. The Rubbles and the town of Bedrock were forced to move on with their lives.

But 45 years later, the mystery of missing Bamm Bamm has been solved.

Betty Rubble could not believe it when she saw her son, 45 years later, speaking as UK Foreign Secretary. She told Off The Perch:

It might have been 45 years, but he has barely changed a bit. That wild white hair, incoherent speech, and his tendency to smash anything breakable to pieces. I knew it in that instant.

I smiled when I saw the look on the Prime Minister’s face as Bamm Bamm, sorry Boris, made some absurd comment and began crashing around the place. The face of an embarrassed but doting mother. 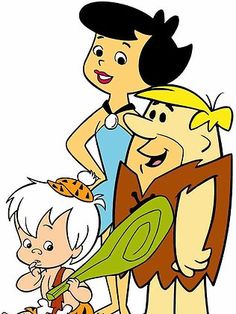 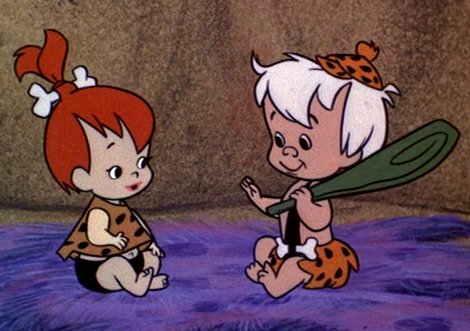 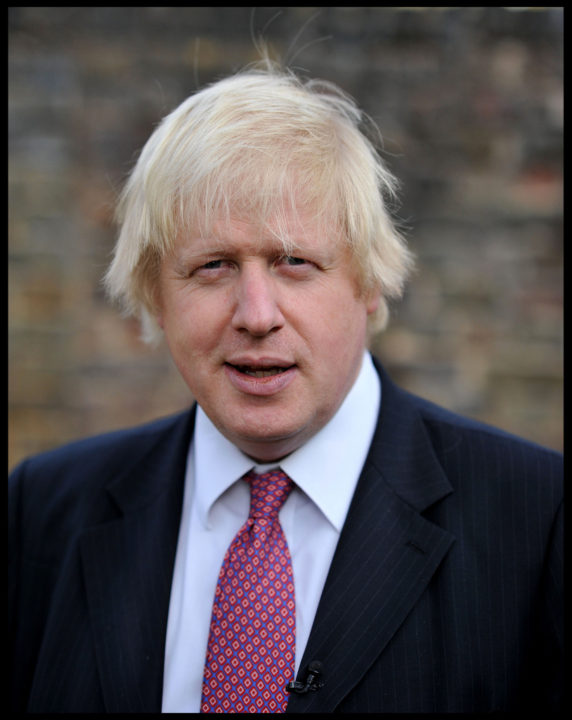 The Rubbles immediately began the process of bringing their son home. After contacting the authorities, DNA tests comparing cells from Bamm Bamm’s toothbrush and that of Boris Johnson were a match. The Johnson family are yet to comment on how Bamm Bamm ended up living in their house, attending Eton and Oxford, and becoming Foreign Secretary.

Prime Minister Theresa May insisted she was only too happy to return the Foreign Secretary to Bedrock. As Bamm Bamm’s plane left Heathrow, May said:

Obviously, we will miss Boris. I mean Bamm Bamm. He of course wished to fulfil his role as Foreign Secretary, but we assured him we would find some way to make things work without him.

At this point the Prime Minister coughed, gave us a pointed look, and left the building.