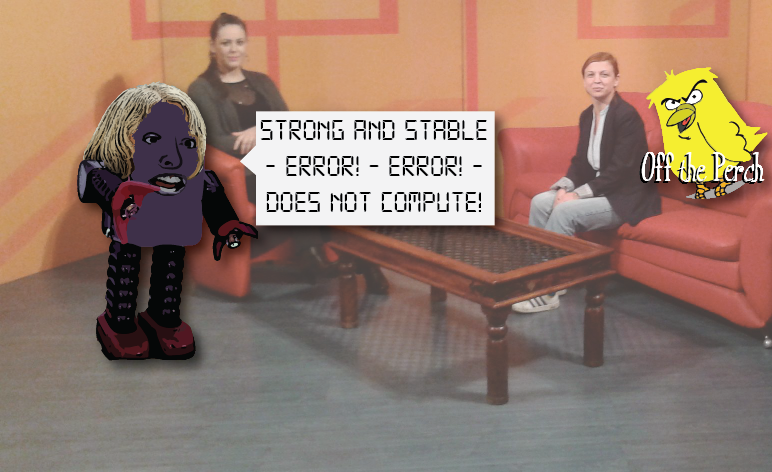 Theresa May is one of the most advanced robots in the world. Not only is she capable of repeating over three different slogans, she can also stand in place and scowl for five minutes at a time.

Although this failed to compute today, as an interview with the robot went fantastically faulty.

Tory scientists adapted the May-Bot from a Stable-O-Matic 5000. It’s unable to meet regular members of the public, however, as it’s prone to picking up wireless signals from people’s phones. Which is why the May-Bot once streamed Simon Mayo’s Drivetime when she was supposed to be giving a speech about trade tariffs.

Unfortunately, these wireless issues have once more come into play, as a live studio ended up scrambling the robot’s micro-BS circuits.

This led to the PM weirdly responding to a question about her leadership:

A question about Brexit:

UK HAS BEEN REMOVED WITHOUT PLANNING! PLEASE PLAN FOR ANY FUTURE EJECTION TO AVOID ECONOMY BEING LOST!

And a question about the NHS:

Thankfully, the PM has now been restored to factory settings. Although the factory in question had a strong trade union. Which is why the May-Bot has suddenly gone off message, and is now shouting: