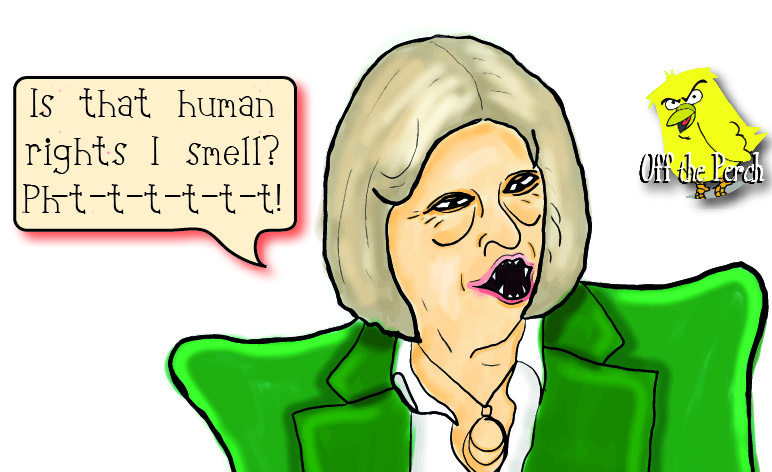 Theresa May’s election campaign has been more misjudged than that production of The Lion King On Ice! that used real lions. But she’s finally worked out what people in this country hate most of all – and that’s those hideous human beings and their abhorrent human rights!

We caught up with some of Britain’s non-human citizens to see what they thought:

Man, I hate those humans. Always walking around – having the right to life, liberty, education, free speech, and party.

It’s good to see a politician brave enough to tell people that she wants to treat them like sewer mutants, though. And it’s wonderful to see a media that tells the humans that this is what they should want!

PRIME MINISTER HAS RESPONDED TO TERRORIST ATTEMPT TO DESTROY WESTERN VALUES BY PROMISING TO CURTAIL WESTERN VALUES. ERROR! ERROR! DOES NOT COMPUTE!

Many people have pointed out that scrapping human rights won’t actually help us fight terrorism. That Theresa May is actually just trying to draw attention away from her abysmal record. And that she’s basically just using a terrorist attack to go after something she hated anyway.

The only snag is that she has foolishly allowed humans to vote on Thursday 8 June. And it would be a real shame for monsters like her if the humans voted in their own interest.