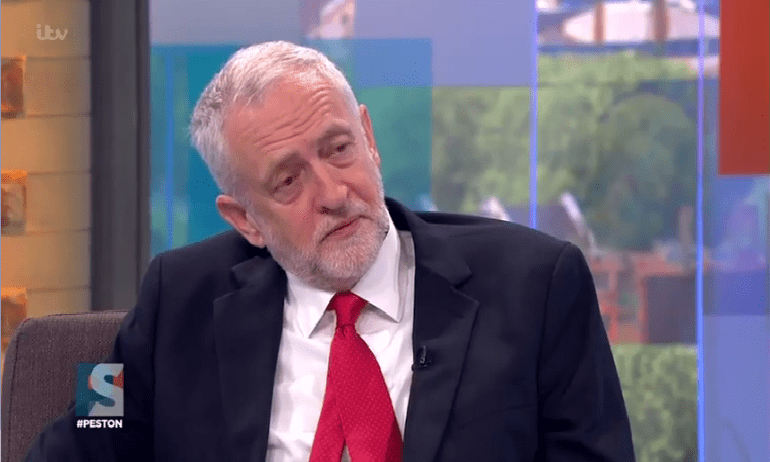 The Daily Mail may have reached its peak. The billionaire-owned newspaper has had an astonishing 13-page meltdown over the possibility that Jeremy Corbyn could become Prime Minister:

Billionaire (in US dollars, at least) inheritor of The Daily Mail Jonathan Harmsworth has ‘non-dom’ status, meaning he avoids paying tax. But the lengths to which The Mail will go to smear a Labour leader who wants to rebalance the economy away from the billionaires is remarkable. The personal attacks do not stand up to scrutiny. Corbyn received the Gandhi Foundation International Peace Award in 2013. He obtained the prestigious award in recognition of his “consistent efforts over a 30 year Parliamentary career to uphold the Gandhian values of social justice and non‐violence”.

The Mail attacks Corbyn for his stances on terrorism. But the Labour leader’s position on foreign policy and the funding of terror may be just what we need. Corbyn has pointed out the link between aggressive, neo-imperial foreign wars and terrorism at home. Both the US and the UK intelligence communities share that assessment.

As does Daesh (Isis/Isil) itself, which uses Western aggression as propaganda. After being held captive by Daesh for ten years, French journalist Nicolas Henin said airstrikes in Syria are a “trap”. He continued:

The winner of this war will not be the party that has the newest, the most expensive or the most sophisticated weaponry, but the party that manages to win over the people on its side.

Strengthening this divide is the explicit aim of Daesh when it carries out atrocities. Its own publication states that it wants to eradicate the ‘greyzone’- where we coexist:

[The greyzone’s] endangerment began with the blessed operations of September 11th, as those operations manifested two camps before the world for mankind to choose between, a camp of Islam […] and a camp of kufr — the crusader coalition.

Daesh wants to make the world black and white, to eliminate a multicultural ‘greyzone’ in which we can live together peacefully. It wants to create a reaction that will rally more disenfranchised Muslims to its side.

A terrorist organisation is nothing without its resources. Yet May and the Conservatives are suppressing a report into the funding of terror because it reportedly implicates Saudi Arabia. May is a strong supporter of Saudi Arabia, and her government recently approved £3.5bn worth of arms export licences. One could arguably ask The Mail: ‘who are the real terrorist apologists?’

The Labour leader does not think the arms industry is worth the unflinching loyalty displayed by the Conservatives. Speaking in Carlisle, Corbyn called May and the Saudis out:

Corbyn’s nuanced assessment of terrorism puts May’s attack on the internet and our human rights to shame.

After a closer look, then, The Daily Mail‘s smear campaign clearly falls apart. But given that The Mail is owned by a tax-dodging billionaire, the desperate attack on the man who threatens that makes sense.