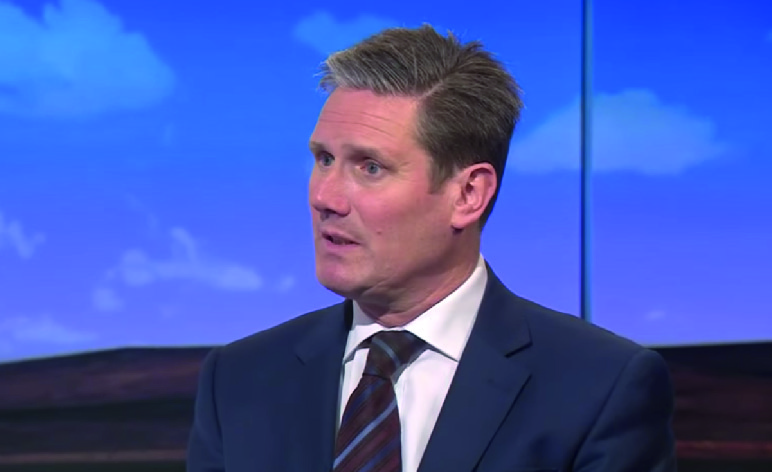 Theresa May has proposed ‘ripping up’ human rights laws to tackle terrorism. But there’s some debate about whether this is a practical solution. Labour’s Shadow Brexit Secretary, Keir Starmer, clashed with BBC Radio 4 presenter John Humphrys over the issue. And Starmer brought a raft of knowledge and insight to the debate, having been a human rights lawyer as well as the Director of Public Prosecutions and Head of the Crown Prosecution Service for England and Wales.

Humphrys asked Starmer if he agreed the law should be changed if it prevents us tackling potential terrorists. Starmer responded:

There’s nothing in the Human Rights Act that gets in the way of effectively tackling terrorism… I can say that with this authority: I was Director of Public Prosecutions for five years. I worked very closely with the security and intelligence services, and we prosecuted very, very serious criminals. And the Human Rights Act did not get in the way of what we were doing, and this is a diversion.

The interview continued with several interruptions from Humphrys, and accusations that Labour was dwelling on police numbers and refusing to move the debate forwards. Humphrys put it to Starmer:

Is it not legitimate to move forwards and to look at the effect of the way all of this is being handled? And the evidence of our eyes – horrible though it is – is that it isn’t working as it should. Theresa May is accepting that and saying now we have to be a damned sight more robust than we have been. That’s what she’s saying.

But John, we’ve asked the questions and we haven’t got answers. And I think any incoming government on Friday has to review the situation: to ask itself ‘have some of these policy decisions of the last seven years had an effect?’ And I’m not saying they necessarily have, and I’m not undermining the huge amount of work that’s gone in by all concerned in this area, but those questions need to be asked…

We need to review the situation, and I think simply passing within 24 hours of some difficult questions and saying we don’t need to ask them anymore is not really to take as seriously as we should the situation we find ourselves in.

Starmer has a wealth of experience in this issue. But he isn’t the only person doubting May’s motives. Former Deputy Prime Minister Nick Clegg said:

There is no shred of evidence that human rights laws are the reason these murderous acts happened in Manchester and London.

And this is coming after experts have suggested that reduced police numbers could potentially have been partially to blame for the attacks.

Regardless of who gets in, there are many questions that must be asked. And one of those questions should be whether we respond to an attack on Western values by curtailing them. Especially if doing so may not even help.

You can listen to part of the exchange here:

"There's nothing in the Human Rights Act that gets in the way of effectively tackling terrorism," says Labour's @Keir_Starmer #r4today pic.twitter.com/BRGJVarrBs