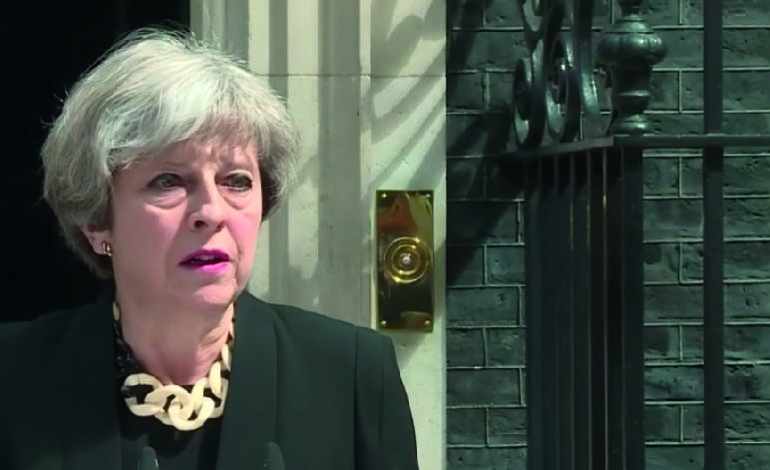 Theresa May has U-turned on yet another Conservative manifesto promise. Because she’s just committed to changing human rights laws if they get in her way. And this U-turn could not only have dire consequences for UK citizens but will play right into the hands of the terrorists.

But as with everything in the Conservatives’ election campaign, there is little on detail on exactly what May intends to do. What she has alluded to, however, suggests some worrying measures.

making it easier for the authorities to deport foreign terrorist suspects back to their own countries.

Currently, we generally can’t deport foreign terror ‘suspects’ when they are at risk of torture in their countries of origin. But weakening the legislation here, or scrapping it, makes many more people, including refugees, vulnerable. As Sonya Sceats from Freedom from Torture has said:

Survivors of torture we have spoken with struggle to accept that this country with its proud tradition of liberty could be about to turn its back on the fundamental principle that human rights are universal. It would be a betrayal of our history and our global status as a beacon of hope.

Current talk on restricting the “freedom and movement of terror suspects” has revolved around re-introducing control orders, which were later replaced by a different, and some say weaker, version – Terrorism Prevention and Investigation Measures (TPIMs). These place individuals who can’t be prosecuted or deported under a sort of house arrest.

TPIMs themselves have been called an “exceptionally intrusive” measure by the independent reviewer of terrorism legislation. But control orders involved harsher conditions such as detention without charge for over two years. And they have had severe psychiatric repercussions.

Campaigners like Liberty say these measures do nothing to keep us safe because they box in potentially innocent people while the real suspects are at large. And Liberty says, if people are guilty, officials should be collecting the evidence to charge them. Neither TPIMs nor control orders have produced compelling evidence of working.

This is exactly the time human rights must be protected & cherished, not attacked & undermined @theresa_may pic.twitter.com/srkgsn6aRS

If someone presents a threat you take action against them. What I don’t want is executive orders where politicians can make decisions outside of the law and just decide what will happen to an individual. There has to be a judicial process… If our democracy is at threat, you strengthen your democracy to deal with that threat.

And that May could be diverting from the real issues at stake did not go unnoticed. As Labour’s Keir Starmer said, it isn’t the Human Rights Act that stops us tackling terrorism:

The problem is people just coming onto the radar, then the question of how they are risk assessed, and what resource we’re putting in. And the prime minister, because she was facing searing questions about that yesterday, about resources, she has now brought up the Human Rights Act as if that stands in the way of the current problems.

Indeed, reports have shown that intelligence existed on at least two of the London attackers, yet there is still no explanation of why it wasn’t acted on. And by playing this dangerous political game, May is doing exactly what the terrorists want.

Human rights are more than just laws. They’re an inherent part of what makes us human – equal, with agency, and absolute entitlement to dignity. Having laws that safeguard that inherent part of us protects us from others abusing those rights, including those in control of the law.

Rip those up and we’ve moved backwards as a society and a democracy. It took the Human Rights Act to get justice for Hillsborough victims. To have to rely on this single piece of legislation in order to get justice, one advocate called “chilling”. Equally horrifying is that we needed it to expose the whitewashing of reports. And it has arguably strengthened our criminal justice system by giving victims extra protections, which encourages more witnesses to come forward and give evidence.

Playing into their hands

Journalist Jonathan Cook recently wrote that there was a reason two terror attacks had occurred during the election period:

by striking now they can increase fear and anger among the British population – intensifying anti-Muslim rhetoric, justifying harsher ‘security’ responses from the British state and shifting political support towards the right. That is good for their cause because it radicalises other disillusioned Muslim youth. In short, it brings recruits.

What’s more, our anti-terror laws are demonising and alienating the very community that is providing the intelligence needed. And May’s measures to marginalise and isolate that community even further will give the terrorists exactly what they want. To divide and create hate. This U-turn will in fact be the biggest win for them yet.