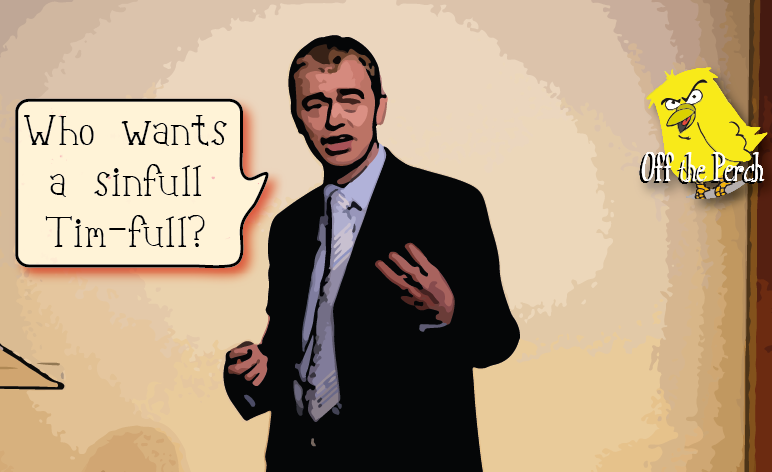 When Tim Farron attempted to become the liberal Prime Minister of Great Britain, many people asked him:

Wouldn’t you feel awkward enabling hellish blasphemers like us?

To which Farron replied:

No. Not at all. I’m totally into it. I love sin. It’s hot. I’m so hot for sin right now I can barely keep my milk down.

It’s now been revealed, however, that he wasn’t “hot” for it at all; and that his flirtation with the UK electorate was simply a cunning ploy to capture God’s famously capricious attention.

Are we not all sinners?

Me and Jesus used to have a really good thing going. I could tell by the way I’d pray to him and he’d suggestively not say anything back.

But then, one day, I felt his interest wane. It was obvious by the way he aggressively never replied. Which is why I realised I’d have to do something to win his attention back.

If I wanted to make Jesus jealous, I’d have to flirt with a real piece of work. The biggest piece of work I could think of being the UK electorate. The lot of them watching ‘Queer as Folk’ and coveting Blackpool donkeys and such. A shocking bunch of people really – truly disgusting when you get right down to it.

But it worked, anyway! Because when I went to pray this morning, you should have felt how suggestively Jesus ignored me! It was well racy!

At that point, we left Farron alone with his invisible friend.

Long may they find comfort in judging others for not living like ignorant goat-herders from the dark ages.