Jeremy Hunt fined £150 for selling NHS without a permit 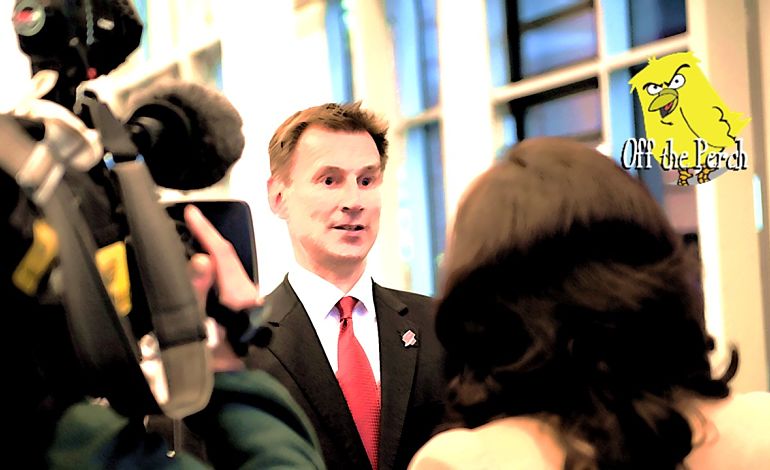 Jeremy Hunt has been slapped with a £150 fine by council officials after setting up a street stall to sell bits of the NHS.

50-year-old Jeremy was attempting to make the summer holidays a bit less boring. His boss had told him and his colleagues to “sit on your hands until October if you value your careers”. So, thinking back fondly to school bring and buy sales, he decided to get entrepreneurial.

Jeremy set up a trestle table in the car park of his nearest Virgin Active gym, where he reckoned he’d get plenty of takers. Then he laid out an assortment of contracts, property deeds and consultancy opportunities and waited for the punters to arrive.

At first, business was brisk. Jeremy managed to sell a couple of cottage hospitals, the patient transport services of four counties, and Florence Nightingale’s image rights. But while he was haggling with a particularly demanding but deep-pocketed customer, four enforcement officers turned up.

The tedious jobsworths informed Jeremy that he couldn’t just go selling chunks of healthcare willy-nilly. Jeremy replied that he was sure he could and no-one had ever complained when he did it behind closed doors. But the officials were unmoved and presented him with an order to pay £150. They did mention that he could reduce the fine to £90 if he paid quickly. Or he could get off completely by giving them control of the UK’s blood plasma supply and keeping quiet about it.

As Jeremy tearfully packed up his table and made his way home, he was heard muttering that it was all Simon Stevens’ fault “and those people in America”.