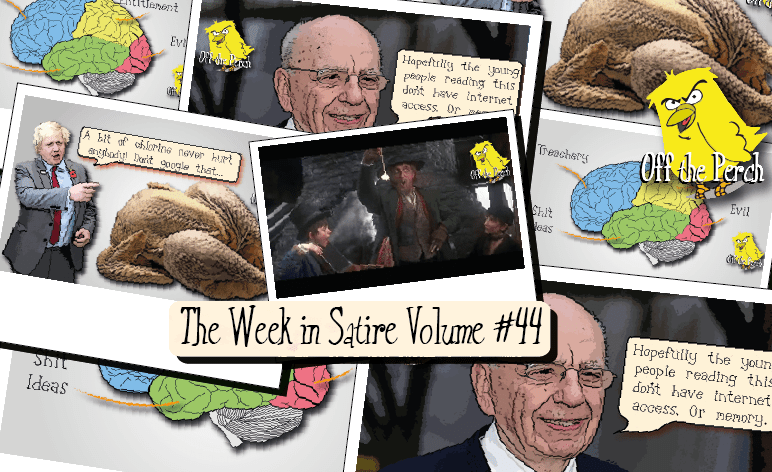 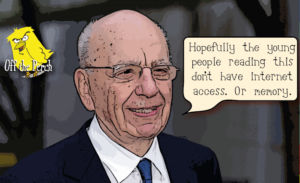 During the election campaign, the Tories didn’t bother trying to appeal to young people. Primarily because young people don’t vote. Or at least they weren’t supposed to. A phenomenon which led to many opinion pieces in the right-wing press along the lines of:

Young people voting? LOL! They’re too thick for that!

A move which did little to warm the next generation of British humans to the failing print establishment.

The lie’s the limit

The gutter press know they need to turn the young folk against all this socialism stuff. Which is why they concocted a sinister plan in the castle where the UK media moguls house their coffins. A plan that would be a game-changer. A plan to… 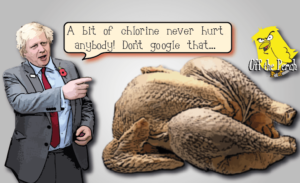 When asked exactly what it is the Brexiteers want to do in a recent interview, Boris Johnson said:

And we want to eat chlorinated chicken.

Chlorine being the same chemical that we’ve historically used to eradicate germs and soldiers.

To which many people who voted Brexit responded:

Things could possibly get worse-r

Obviously, getting rid of all the EU red tape is the aim of the game. But it turns out that some of that tape may actually have been preventing businesses from selling us things like: 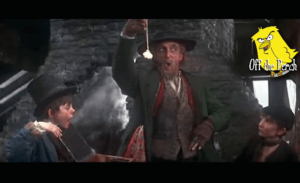 There is a repressed minority of hard-working people in the UK. And that minority is crooked business owners. The people who are always scraping by – trying to make that extra million – despite the forces of health and safety conspiring against them.

Although things improved for these poor arseholes when the Tories got back into power, it’s looking like things could now go backwards; as employees will no longer be charged for trying to seek justice. A move which could see many employees actually seeking justice.

We caught up with the Tories’ Employer of the Year 2016 – a gentleman called Fagin – to find out more:

I employ over 12,000 workers, my dear. Most of whom struggled to get jobs anywhere else. Primarily because they’re children. Although some of them are also quite sick. 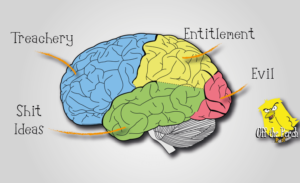 Inside the brain of Boris de Pfeffel Johnson

For a long time, scientists thought that the only creature capable of surviving a nuclear holocaust was the cockroach. They now know that, in such an event, Boris Johnson would be there too – pretending to be an ally of the cockroaches yet simultaneously planning to stab them in the back.

As such, Johnson was subjected to some fairly invasive medical procedures to see what makes him tick. You know – just in case we can use that info to make a race of apocalypse-proof robots capable of surviving the upcoming Trumplear winter.

It’s life, Jim, but not as we know it

The most interesting thing discovered was the unusual partitioning of Johnson’s brain. Normal people’s brains are divided into stuff like memory and motor abilities. Johnson’s brain, however, is set up to deal with the following areas: