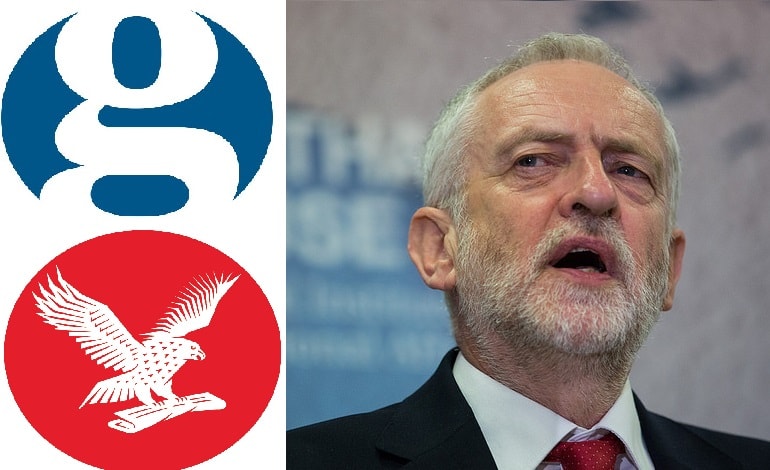 It turns out, the media ‘accidentally’ pinned the blame for cruel Tory policies on… Jeremy Corbyn. During the general election, outlets like The Guardian developed a bogus narrative that the Labour manifesto would increase inequality. The evidence was a chart produced by the Institute for Fiscal Studies (IFS). In reality, the chart showed how Conservative legislation would be regressive for inequality, as shown by progressive thinktank the Institute for Public Policy Research (IPPR).

Media outlets such as The Guardian and The Independent blamed Labour for a rise in inequality shown in the chart.

In The Independent, John Rentoul claimed the chart showed the “effect of the parties’ manifesto policies on the incomes of the rich and poor”. Leaning on the same data in The Guardian, Andrew Harrop announced the “disconcerting truth” that Labour’s manifesto would raise “living standards for the top half and cut them for the bottom”. Harrop is the general secretary of the right-wing Labour pressure group the Fabian Society.

The media furore did not end there. Top ITV presenter Robert Peston, for example, branded the chart the “most striking” IFS forecast, claiming “even Labour hurts poorest”:

At a first glance, the graph appears to back up the mainstream media pundits. The red line seems to suggest that the poorer you are, the worse off you will be under the Labour manifesto.

But the conclusion that the Labour manifesto would increase inequality is wrong for two major reasons. Firstly, the data on each party includes the Conservative government’s “current plans”, such as the rolling out of Universal Credit (UC). UC is the government’s flagship welfare ‘reform’, which actually represents a huge cut to ordinary people’s support.

Secondly, the IFS only analysed 8% of Labour’s spending commitments and 16% of its tax changes because that’s where effective distributional analysis could be carried out. So the conclusions are hardly representative of the Labour manifesto as a whole. Labour policies such as a £10 living wage, scrapping giveaways in inheritance tax and applying VAT to private schools would have a progressive impact. And they are a just a few examples of the many policies omitted from the IFS analysis, as thinktank the IPPR notes.

So the red line actually shows the impact of a small section of the Labour manifesto combined with the Conservatives’ ‘current plans’.

This means media pundits are in fact blaming Labour for Conservative policies. Labour pledged to “reform the whole process” of the benefits system [PDF, page 56]. But the red line in the chart includes the Conservatives’ hugely regressive Universal Credit system, for example. So the apparent regressive impact of the Labour manifesto shown in the chart is actually the result of the Conservative government’s plans.

The IPPR does not blame the IFS for the misinterpretation in the media. The IPPR points out that the IFS is “entirely transparent” on the data it used.

Yet Rentoul in The Independent used the chart to brand Corbyn “a right-wing Red Tory who offers no alternative to the government”.  The false narrative developed out of the chart is further evidence that even the less right-wing sections of our media will seize anything to damage the Labour leadership.

Extraordinarily, the media managed to blame Corbyn for Tory policies during the general election. Again, due diligence takes a backseat when the media bashes the Corbyn movement.

– Donate to In Kind Direct, a charity that provides people with basic essentials from company donations.