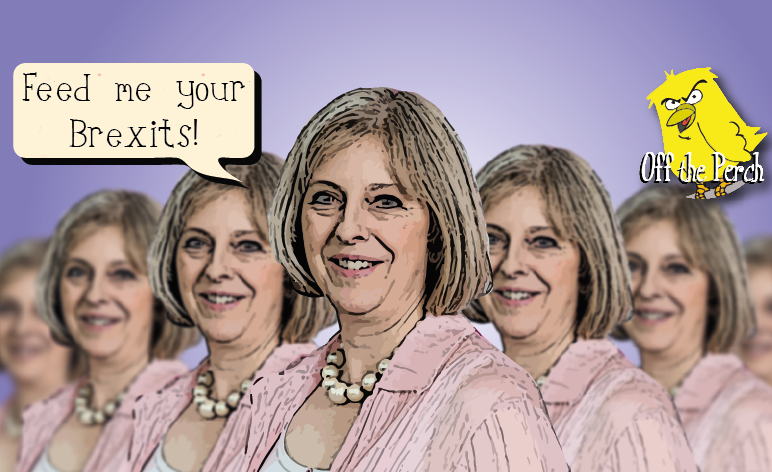 The Conservative government’s EU Withdrawal Bill has passed its first hurdle. A bill which will end the supremacy of EU law, but also give the Tories the sort of power that you wouldn’t want anyone to have – least of all a Tory government that’s inhumanity is only matched by its incompetence.

Speaking to a room full of people who were pretending to be members of the public, Theresa May explained:

When the bill passed its first test, May said to the same room:

MUWAHAHAHAHA! AND SOON I WILL BECOME PURE ENERGY!

Somewhat surprisingly, working class hero Dennis Skinner voted in favour of this horror show. Although it’s not that surprising if you know he still supports Lexit – i.e. the concept that a right-wing Tory government will for some reason deliver a beneficial, left-wing Brexit.

Some have argued that Skinner is merely looking out for his constituents. Which has some merit. Because as we all know, what the North of England needs right now is a Tory government that’s unfettered by the rule of law.

There may be trouble ahead

The only time Theresa May keeps her word is when the thing she has promised to do is terrible. She is not the sort of person who should be given more power. Especially as she is little more than a placeholder Prime Minister, and her potential replacements look like the cast of The Monster Mash.