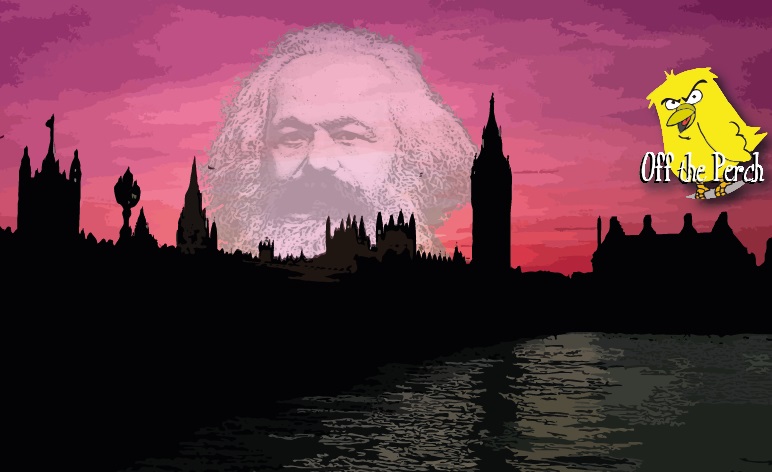 England suffered a biblical phenomenon on Monday 16 October. A rotund, scarlet object cast a dusken red hue over our green and pleasant land. But while people were dumbstruck by the news, they also noticed the sun had gone a funny colour.

As the tail end of Hurricane Ophelia lashed Ireland and cast Great Britain into near-darkness, much of the population mistakenly blamed climate change – believing that Ophelia had dragged Saharan sand and debris from Portuguese forest fires over the UK.

But luckily, former UKIP MEP Roger Helmer was on hand to clean up the misunderstanding.

As I was sewing in my closet

Off The Perch caught up with Helmer at ‘The Last Resort’ pub in Fingringhoe in Essex, where he was sheltering from the Martian-like sun. It was there that he gave us his exclusive take on the origins of the phenomenon.

And not just any POLES! The sort who dress in floral shirts and like it up ’em when their wives aren’t looking! They’re all bloody Marxists at that! I’ve seen them! Dirty beasts, with their copies of Das Boot! This is a warning from the Lord! You were warned the Schengen Area went against Scripture!

Off The Perch reminded Helmer that Marx’s famous book was Das Kapital:

Bloody POLES! Putting ‘K’s where ‘C’s should be! That’s a willy woofter habit if ever I saw it! They probably get it from reading damned Owen Jones in The Guardian!

Jones seemed to ignite an ardent fervour in Helmer. His pitch raised slightly as he continued:

My chum David Silvester WARNED you about THE GAYS, too! And look at the flooding last week in Vietnam! He saw that coming as soon as they allowed a man to marry another buggery MAN!

We asked Helmer if he was sure that a severe heatwave which sparked forest fires in Portugal in June that killed more than 60 people wasn’t responsible for the UK’s red sun.

Temperates drop during a short solar eclipse. It's the Sun that drives the climate!

Off The Perch tried to explain that climate change was probably responsible for the Portuguese heatwave, but Helmer cut us off:

The great Bard was right! Ophelia WAS a breeder of sinners!

Helmer promptly ordered another Archers and lemonade and pulled a Woodbine out of his tortoiseshell cigarette case. “Get thee to a nunnery,” he muttered under his breath, as Off The Perch retreated into the dusken twilight.