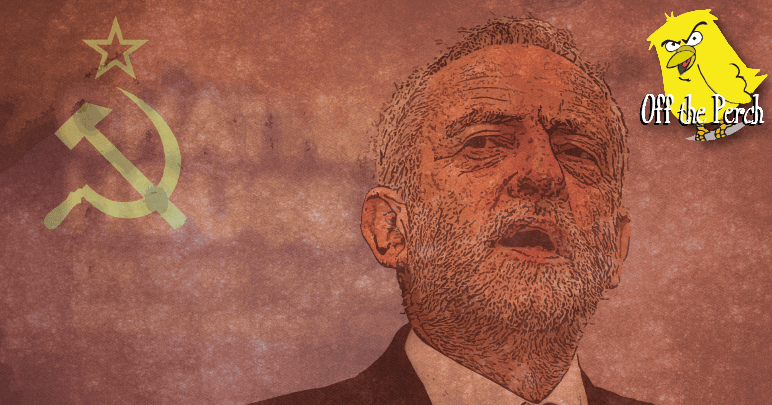 On Thursday 15 February, The Sun claimed that Jeremy Corbyn was once in cahoots with the Soviets.

The ‘evidence’ is that Corbyn met with a Czech diplomat. He claims not to have realised the man was a spy, which is a bit fishy if you ask us. Because if spies are known for one thing, it’s being upfront about their subversive activities.

The Sun has new evidence to back up these accusations of communist collusion, however. Because Jeremy Corbyn was once seen selecting Back in the USSR on a jukebox.

A whistleblower told The Sun about an encounter they had with a young Corbyn:

We were sitting in the pub one night when Jeremy got up and put ‘Back in the USSR‘ on. ‘I’ve always been a big fan of Lennon,’ he said.

This confused me, as obviously it’s McCartney who sings that one. ‘Wait a minute,’ I said. ‘Did you say Lennon or Lenin?’

Jeremy didn’t answer, though, as he’d got up to buy a packet of crisps.

The Sun asked if ‘buying crisps’ was code for colluding with communists. They also asked if there was any chance that said packet of snacks could have contained scrunched up national secrets.

“That would explain why he always bought red-y salted,” the whistleblower agreed sombrely.

Corbyn has denied the claims. In a statement, he said:

I enjoy Back in the USSR not for its communist imagery but its driving piano and sweeping harmonies. And I eat ready salted crisps because cheese and onion is too bourgeois for my taste.

Although that’s exactly what a Cold War sleeper agent would say, isn’t it?