An 'innocent' man is starting his 43rd year in prison. And he has a message for all of us. - Canary 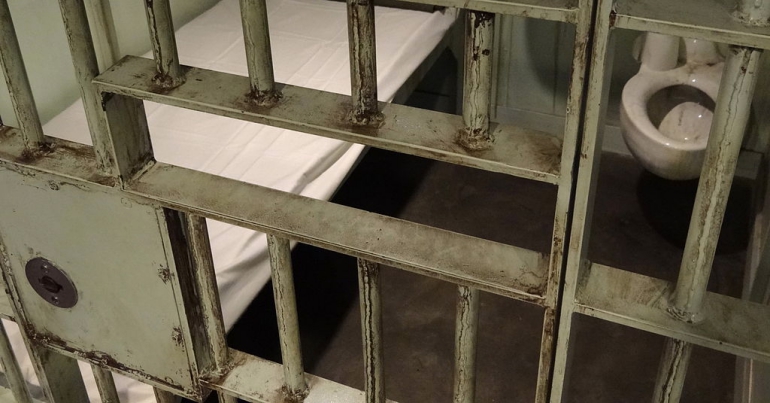 On 6 February, Leonard Peltier began his 43rd year in prison. He is serving two life sentences in the US for the alleged killing of two FBI agents in 1975. But he has always asserted his innocence, and is supported by Amnesty International among others. On the start of his 43rd year of incarceration, he has issued a message that we all need to hear.

Peltier was a “prominent” person in the American Indian Movement. On 26 June 1975, two FBI agents entered the Pine Ridge reservation to arrest a man for the theft of some cowboy boots. According to the Free Leonard Peltier website:

For unknown reasons, a shoot-out began. A family with small children was trapped in the cross fire. Throughout the ranch, people screamed that they were under attack and many of the men present hurried to return fire.

Peltier’s daughter, who has never met her father outside a courtroom or prison, is also campaigning for his release:

My father was there that day, and has repeatedly expressed regret that any lives were lost. But he has always maintained his innocence. My father was ultimately extradited from Canada 40 years ago, convicted of the agents’ killings and sentenced to two consecutive life sentences based on testimony that the FBI has admitted they knew was perjured [involving wilfully told untruths].

Peltier is now 73. He has various health problems, including diabetes, an aortic aneurysm and arthritis. His message reads:

I do not think I have another ten years, and what I do have I would like to spend with my family. Nothing would bring me more happiness than being able to hug my children, grandchildren, and great-grandchildren.

He explains that he didn’t “come to prison to become a political prisoner”:

I’ve been part of Native resistance since I was nine years of age. My sister, cousin and I were kidnapped and taken to boarding school. This incident and how it affected my cousin Pauline, had an enormous effect on me. This same feeling haunts me as I reflect upon my past 42 years of false imprisonment.

Peltier also writes about the case against him:

I know you know that the FBI files are full of information that proves my innocence. Yet many of those files are still withheld from my legal team. During my appeal before the 8th Circuit, the former Prosecuting Attorney, Lynn Crooks, said to Judge Heaney. “Your honor, we do not know who killed those agents. Further, we don’t know what participation if any, Mr. Peltier had in it”.

What you can do

And Peltier sets out what we can all do to help:

Right now I need my supporters here in the US and throughout the world helping me. We need donations large or small to help pay my legal team to do the research that will get me back into court or get me moved closer to home or a compassionate [release] based on my poor health and age. Please help me to go home, help me win my freedom!

There is a new petition my Canadian brothers and sisters are circulating internationally that will be attached to my letter. Please sign it and download it so you can take it to your work, school or place of worship. Get as many signatures as you can, a MILLION would be great!

Peltier describes himself as a “warrior” and says that he has been a warrior since he was 9. But he needs our help:

I need your help today! A day in prison for me is a lifetime for those outside because I am isolated from the world.

Peltier’s case is a damning indictment on both the US legal system and its treatment of Native Americans. Let’s hope that, with solidarity and support from across the world, Peltier’s 43rd year in prison will be his last. And let’s hope he can finally fulfil his wish to hug his family.

– Sign the petition or make a donation if you can.

– Find out more and support the campaign to free Leonard Peltier.