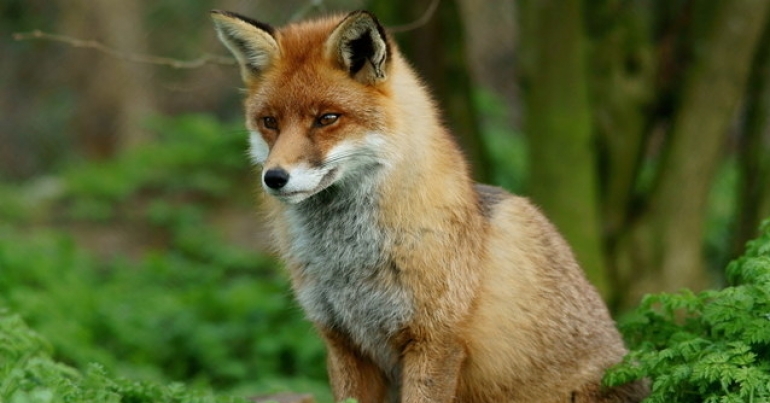 At a farm in Somerset, a dead fox was left in a snare. The Somerset County Gazette reports that the landowner left the animal caught in it for so long that, when it was discovered, its body was decomposing. In response to the incident, the National Anti-Snaring Campaign (NASC) is again calling for a ban on snares.

A spokesperson for NASC pointed out police failings after they reported the incident:

We informed the police and included a map, and PC Blight went to investigate.

He later claimed he could find no snares, but spoke to [the] landowner… who admitted he had forgotten to remove the decomposing snared fox, and would do so.

PC Blight then only reminded the landowner to check his snares every day in future.

NASC also complained that the police did not inform the landowner that the Department for Environment, Food & Rural Affairs (DEFRA) prohibits snares being set along a fence line, yet this is where the animal was found. Avon and Somerset Police sent an apology to NASC, which said PC Blight:

was unaware of the DEFRA Codes of practice and did not discuss these with the landowner. I have asked him to re-attend and do so. Unfortunately, due to his actions at the time we have no evidence to proceed with a prosecution under the Wildlife and Countryside Act and the Animal Welfare Act 2006.

I have arranged for him to receive further training on these to Acts to avoid this happening again. Along with the rest of the team so that the knowledge gap in this area is filled… In relation, to PC Blight, not contacting you to obtain further information at the time,  I have spoken to PC Blight and he admits he did not do this and this was a failing on his part for which he apologises.

But the group remarked that the apology was of:

little comfort to the foxes that will have suffered terribly in these snares.

We can confirm we received and investigated a complaint that was made regarding the response of two officers in relation to a report of the snaring of a fox… in December. As a result, both officers were given appropriate management advice and a local resolution action plan was implemented, following agreement with the complainant.

Calls for a ban on snares

This case shows the law and codes of practice do not protect wildlife from extreme suffering and only a complete ban on snaring will work.

Last November, West Sussex County Council banned the use of snares. The League Against Cruel Sports welcomed the decision, but added:

We’re working hard for a complete ban on snares in England, Northern Ireland, Scotland and Wales to prevent the suffering of British wildlife

I think councils nationwide would be receptive to banning snares on land they own as DEFRA’s own 2012 study has proved they are indiscriminate and cruel. So councillors need little persuading.

As The League Against Cruel Sports notes, 77% of the general public want snares banned, while 68% of MPs want the same.

Up to 1,700,000 animals are caught in snares every year. And many will suffer a painful and lingering death. The UK is one of the few countries in Europe where the practice is still legal.

West Sussex County Council’s ban on snares shows that progress is underway. Indeed, animal welfare is increasingly featuring on the political agenda. As The Canary reported on 15 February, Labour has just published its Animal Welfare Plan. It includes a ban on foie gras and badger culling, mandatory CCTV in slaughterhouses, a move away from factory farming, and a strengthening of the Hunting Act.

The League Against Cruel Sports has urged the public to contact their councillors and make the case for an end to the “barbaric practice of snaring”. Each individual has the power to make a difference.

– Support the National Anti Snaring Campaign and the League Against Cruel Sports.