Labour's made a 'ground-breaking' proposal that proves it's in this 'for the many, not the few' - The Canary 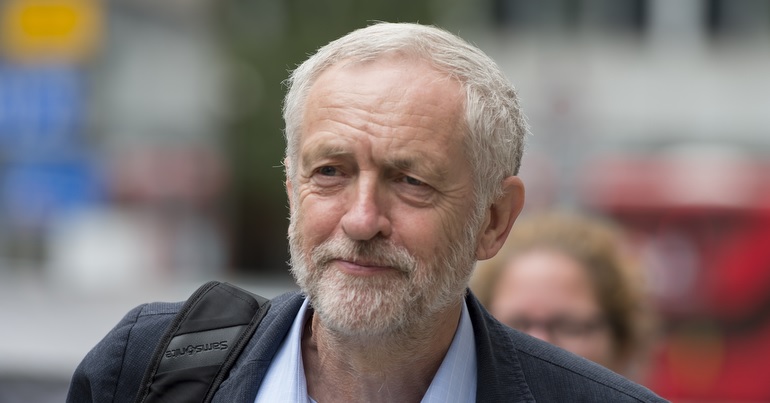 “For the many, not the few” is the Labour Party’s current motto. It has positioned itself as the party of the people rather than their masters.

As it turns out, though, it’s not just the party of the people. Because Labour’s latest “ground-breaking” proposals make clear that “the many” includes all souls on this good Earth.

No one gets left behind

Anyone who’s had the pleasure of watching the film Little Miss Sunshine will remember its motto. “No one gets left behind” is the phrase often yelled by the starring family as they attempt to bundle everyone back into their push-started van.

But it’s also a sentiment that pervades Labour’s latest animal welfare proposals. Revealed on 14 February (because who doesn’t love animals?), the plans set out what changes the party wants to make to animal welfare standards in the UK. And there are loads of them, which would affect numerous different animals in several different settings.

It would enshrine animal sentience – the notion that animals can feel emotion – in law. That’s something that the Conservatives also ‘want to do‘ yet voted against doing when they had the chance. Go figure. And Labour would make policymakers even consider the feelings of the often-overlooked lobsters (decapod crustaceans) and squids (cephalopods) of this world. That’s good, as we boil some of those poor fuckers alive.

Labour would also crack down on puppy farms, increase the penalty for dog-fighting, and revise welfare standards in zoos. It would ban imports of foie gras (which is produced in an utterly barbaric fashion), introduce a whistleblowing procedure for abattoir staff, and phase out cramped, inhumane sow farrowing crates. And Labour would strengthen the Hunting Act, end the badger cull, and totally ban the UK ivory trade.

In fact, there’s very little the party won’t do to improve the lives of animals in farming, laboratories, sport, the home, and the wild. It’s even appointing an Animal Welfare Commissioner. They’ll make sure policymakers consider animal welfare standards in legislation, trade deals and such.

You can usually tell who will benefit from any given policy by looking at who comes out for and against it. Animal rights groups like the League Against Cruel Sports and Compassion in World Farming have given Labour’s plan a thumbs up. So too has the British Veterinary Association (BVA). Some endorsements come with calls to go further, but overall Labour’s plan is a hit with these entities.

Landlords haven’t received the plan quite so well, however, as Labour proposes to allow renters to have pets (heaven forbid) along with homeowners. And the usual suspects [paywall] in our media have given the proposals the same old tired, snarky treatment.

But as an animal lover supposedly in a nation of animal lovers, I imagine most people are likely to agree with the endorsers. Because this animal welfare plan shows some respect for all those souls that feed, clothe, entertain, and heal us. It really is a plan “for the many, not the few”.

– Labour’s plan is open for consultation. Let the party know your views on its proposals here.