A homeless man has just been jailed ‘for his own good’. It's part of a dangerous trend. - Canary 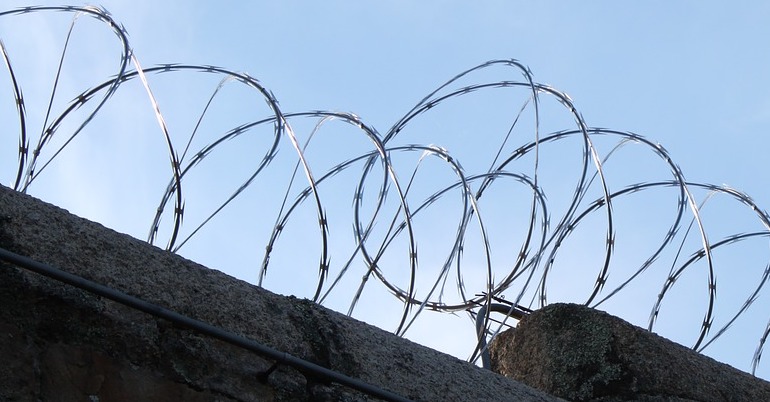 A homeless man from Bristol has been jailed for six months because he broke an injunction to stop him begging. And this is just the tip of the iceberg. Across the country, as homelessness rises, councils and police are criminalising and blaming – rather than supporting – homeless people.

“For his own good”

On 9 February, Adrian Hill was sentenced to six months in prison. He had breached an injunction that banned him from entering Clifton Village in Bristol or begging anywhere in the city. District Judge Watson said it was the seventh time he had appeared in court for “multiple breaches”, and passed sentence.

Bristol City Council said they were forced to take action because of his “destructive lifestyle” and that it was for his own good.

But an expert on property and housing law challenged this claim.

Hill is the eighth person to be jailed “for similar reasons”. But David Cowan, a professor of Law and Policy at Bristol University said the council was “criminalising begging”:

It is just stupid. The issues here are not criminal, they are structural… There is no precise law against begging. What is happening here is they are criminalising begging through the injunction process.

And Cowan nailed “the real issue”:

The real issue here is not begging, it’s the existence of begging against a backdrop of austerity. What are they to do? What are the options? Austerity affects local government and forces them to push to criminalise.

We always work to support people and offer them a route out of a destructive lifestyle but ultimately, if they are refusing to do that, we must take action for the good of the community and the person trapped in that situation.

But the pattern of blaming homelessness on individual ‘lifestyle choices’ rather than societal failings seems to be happening across the UK.

In Falmouth, Cornwall, police have asked the council to install railings in front of a public building to “rid the town of [a] small group of rough sleepers”. Because apparently:

The attraction of the homeless to the area is having a detrimental effect on the perception of Falmouth from both locals and visitors.

And this rationale seems to be part of a growing trend. As The Canary previously reported, a business leader said homeless people were “putting people off” shopping. And in January, councillor Simon Dudley suggested ‘clearing’ Windsor of homeless people ahead of the royal wedding.

What’s more, according to local press in Falmouth:

Councillors were told that sleeping rough for some of the group is “a lifestyle choice” and they are not interested in securing a home.

But as Falmouth Town Councillor Anna Gillett told The Canary, the situation is far more complex:

Nobody likes to be reminded of the homeless and their plight. That they exist is a reminder of how polarised our society is and how far some how fallen through the safety net of which we used to be proud.

A homeless man is in jail for six months. Homeless people are not welcome near shoppers or tourists. Another homeless man has been living in a phone box in Birmingham for four months. As The Canary‘s Steve Topple put it:

Is anyone to blame?

As Gillett told The Canary:

We can blame central government and we must. This decline in public health. This increase in homelessness and self-medicating has been overseen by first the coalition and now the Tories. Trying to manage so many personal tragedies with reduced budgets and reduced resources – both human and practical – is never going to paper over the cracks, never mind fix our societal wrongs.

The move towards criminalising or blaming homeless people for their situation must stop. Homelessness is not a crime.

– Support Help the Homeless which gives grants to homeless charities across the UK.