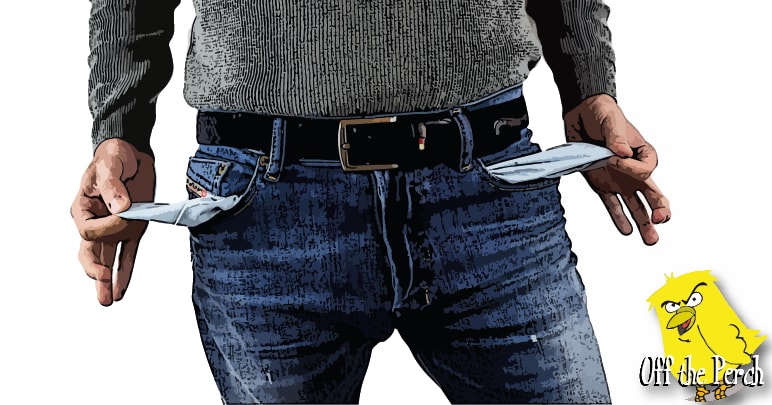 An economic and political system in which a country’s trade and industry are controlled by private owners for profit, rather than by the state.

The problem in 2018 is that the thing private owners most commonly possess is “fuck all”. This means capitalism is a system in which trade and industry are owned by that Sports Direct arsehole and a handful of hereditary land barons.

Which is ironic, as many of those hereditary land barons are Conservative MPs – meaning capital is controlled by the state.

He then proceeded to grin and raise his hands up – expecting spontaneous applause to break out.

When the cheers were unforthcoming, a confused Inequalitybank asked:

“We don’t own any capital,” someone responded. “Although I do have quite a lot of debt. Is that the same thing?”

“I own these fish fingers,” another customer contributed.

“But not for long,” she added mournfully.

Real life isn’t like a game of Hungry, Hungry Hippos: not everyone has an equal shot at gobbling the wealth. In reality, some hippos are larger to start with, and it’s the biggest ones that grow bigger – never becoming full – and never becoming satisfied.

Either way though – someone’s gonna get gobbled.