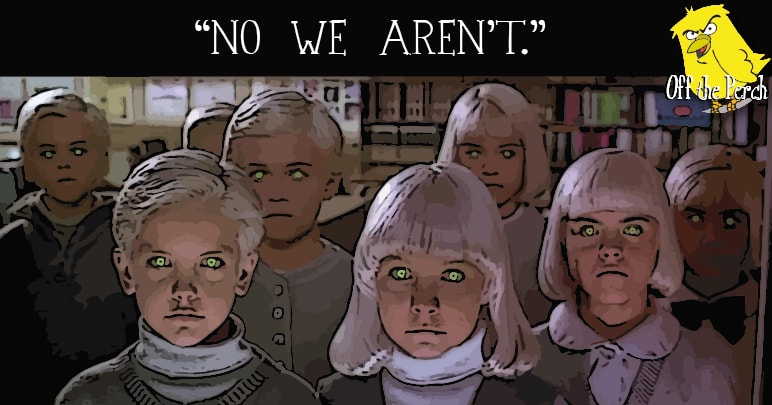 Many of the UK’s leading journalists went to Oxbridge, or had a non-comprehensive education. This is in contrast to the rest of the UK, who didn’t have that.

If you question why this gross imbalance persists, however, you’ll be greeted by a definitely-not-cultish cadre of journos who insist:

WE’RE DEFINITELY NOT A CULT.

Most people looking at the disproportionate number of privately-educated people in the media ask:

Hold on, what have we here?

Much of the media doesn’t see a problem, though. Which is itself a problem, as it’s the media’s job to look at things and ask:

Hold on, what have we here?

And the fact they refuse to question their own house makes people wonder:

What else aren’t they asking?

And then accusations of cult-like thinking come into play, because claiming the British media is the one institution free from issue is the only thing uniting journos across the industry.

In an attempt to distract from these accusations, Lord Thoroughbred of The Daily Monocle said:

It’s funny – I tell you it’s jolly funny! These jealous oiks point out the disparity in the media, but they never point it out anywhere else!

Where is the outrage that Lidl employs 0% of the aristocracy? Why aren’t protesters gathering to complain KFC won’t give jobs to royals? Who will point out that no bin men whatsoever went to Eton?

Lord Thoroughbred was widely criticised on social media for this. Which is just wrong, as it’s the media’s job to ask questions – not themselves be asked. Unless the question is:

What’s with all these Oxbridge, millionaire editors, then?

Because no-one should ask that question, got it?

Thoroughbred reasoned he was correct to make the point anyway. Largely, because everyone he knows in real life is in the same social, political, and economic bracket as him, and they agreed:

IT’S GOOD THAT WE ALL THINK THE SAME THING.