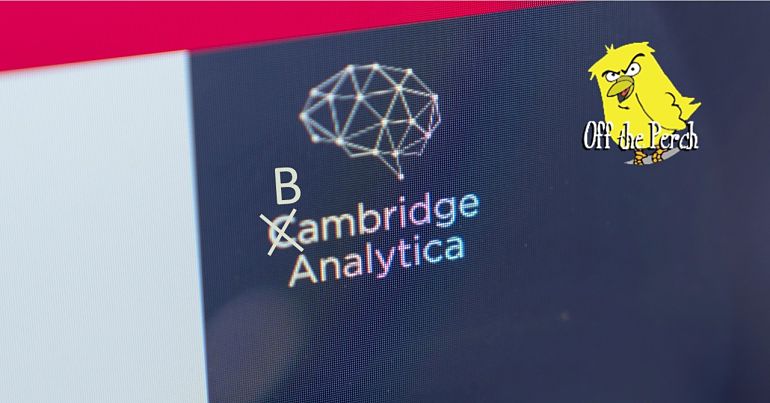 As the worlds of tech, big data and politics mourned the loss of cutting edge outfit Cambridge Analytica, a new player emerged into the spotlight.

Bambridge Analytica promises to bring a fresh new approach to the sector. One that definitely won’t involve raking over the coals of now-defunct companies. And why should it? After all, Bambridge Analytica has nothing to gain by dishing any dirt on that other, utterly unrelated, mob – Cambridge Analytica. In fact, it’s probably best to let sleeping dogs lie.

Ken Chisel, from the Institute of Criticism, took a stronger line:

Given all that’s happened recently, it’s frankly obscene to see a company of this nature appearing with such haste. Names such as Julian Beatland, Johnson Bo, the Alexanders – Bix and Bayler, and of course the Bercer sisters will be familiar to followers of the Facebook data mining allegations. Some people might wonder if this isn’t just an attempt to hide in plain sight.

We asked a Bambridge Analytica spokesperson if the Bercer sisters were daughters of millionaire financier Robert Bercer, the money behind far-right nonsense funnel Shitefart. “No, absolutely not,” she said, before we heard her muffle the phone and (we think) say to a colleague, “shit, they’re onto Mercer.”

Note: Just before going to press, we received a text from Terry Chestnuts:

Which we think might have meant we should check out Emerdata.

NB: This article owes a debt to the geniuses of Monty Python (what doesn’t?), and in particular the sketch North Minehead By-election.