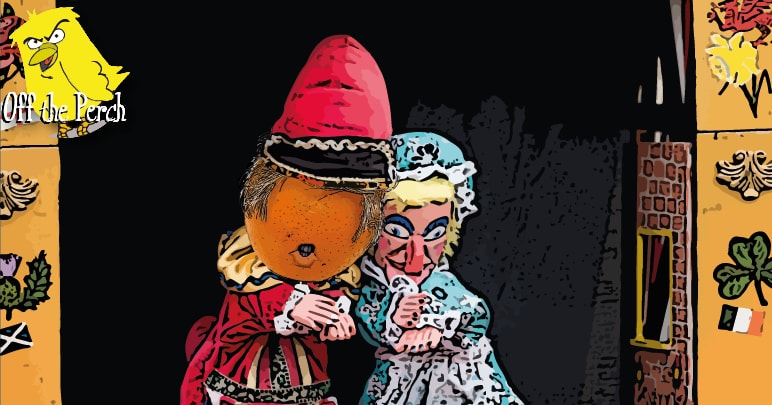 On Tuesday 8 May, people awoke to a very depressing headline. One which suggested politicians have openly accepted the leader of the free world is a giant, TV-watching baby: 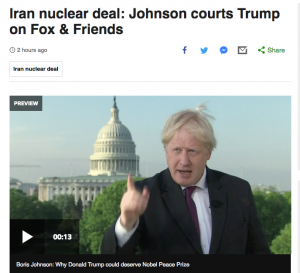 It’s the sort of headline you get in a movie when someone travels back to the future only to realise they’ve fucked something else up. And what’s worse is it didn’t even work. Which is why Johnson had to launch an even more desperate plan.

Johnson revived the perennial British favourite Punch and Judy to capture Trump’s attention. He began with a bit of old-school capering – beating up babies and crocodiles and such.

A smirking Trump clapped enthusiastically while Punch shouted, “That’s the way to do it!”

The president was then heard to remark:

Did you see how that guy did it? That’s exactly how I would have did it!

After several more instances of simulated child and animal abuse, Johnson went in for the kill.

“You see this kiddies – err – I mean, really smart guys? This is the Iran nuclear deal! But what happens when we put it in this SAUSAGE MACHINE!”

The Punch puppet placed the paperwork into the mincer, while an excited Trump shouted, “Yeah! Do it! Yeah!”

When Punch ‘tasted’ one of the linked sausages, he exclaimed:

Oh no! These sausages are bad! Maybe we shouldn’t have minced that deal after all!

No strings on him

Trump was genuinely inspired by the performance, which is why he later announced:

We’re going to build a GIANT – CROCODILE – MINCING – MACHINE! And Iran is going to pay for it!