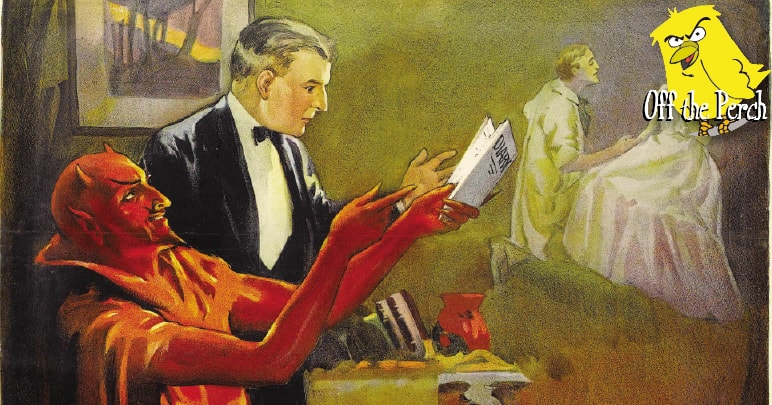 The Department for Work and Pensions (DWP) doesn’t handle assessments itself. Possibly because outside organisations are more efficient (they aren’t). Possibly because it shields the DWP from direct criticism (it does).

One of the DWP’s longest-standing contractors has been none other than the devil himself. But a recent review has shown that even he failed to meet the DWP’s targets.

Department for Wailing and Penalties

The review showed that Satan displayed the following characteristics:

These scores are way off from the government guidelines, however; guidelines which advise that assessors should show:

Better the devil you don’t know

Satan responded to his unceremonious firing with the following statement:

I’m just surprised, you know? I’ve had a great relationship with the Tories for decades, and it’s a shame to see it go to hell.

Thankfully, I’ve heard that Richard Branson is hiring. I’m not sure if I’m going to apply for Virgin Rail or Virgin Care, but I imagine a lot of fun either way.

The DWP also responded. Namely when one of the department’s dark practitioners decapitated a ceremonial chicken in front of us.

It’s unclear who’ll be taking over from Satan. The frontrunners so far include George Osborne’s coke dealer, and the guy who sharpens Iain Duncan Smith’s teeth.

Speaking truth, powered by you