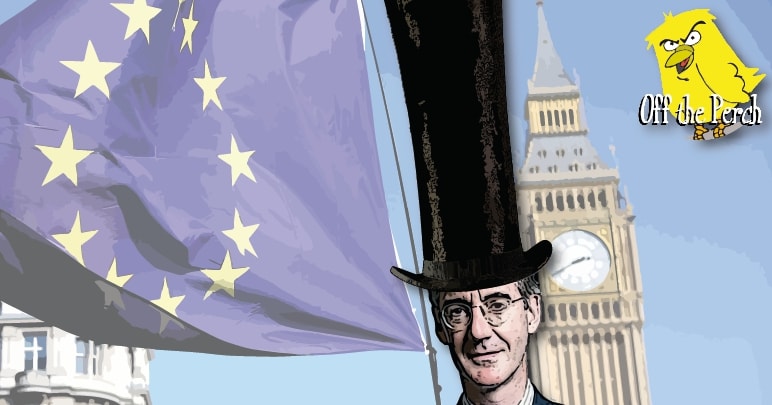 The government is unable to decide what Brexit plan it would like to pursue. As such, several discussions have been taking place to decide who has the best plan.

This was all well and good until tragedy struck. Namely, when Victorian novelty act Jacob Rees-Mogg turned up and literally threw his hat in the ring.

Rees-Mogg was wearing one of his trademark top hats. The one he’d chosen that day was some 30ft tall. It was crafted of black swan leather wrapped around an ivory framework.

Seconds after it was launched into the ring, the hat crashed down upon three of Brexit’s greatest thinkers:

The only elf is this fool supporting your pro Brexit cause pic.twitter.com/HcF8SiUrWm

“You aren’t supposed to actually throw a hat, you infudulous gollop!” Johnson complained.

Shortly after the incident, Rees-Mogg was arrested.

There was a wrinkle in the story, however, as the foppish politician pointed to an archaic law which said it’s legal for an MP to crush his peers with a massive hat as long as he has a goose feather in his breast pocket and a tattoo of Aristotle on his right buttock.

As Rees-Mogg had both of these things, they were forced to let him go.

In response to the crushing, a representative from the EU said:

Why did you think you could negotiate a better arrangement with us when you can’t even decide what deal you want among yourselves?