It's all smoke and mirrors as Leave.EU financier faces possible criminal investigation - Canary 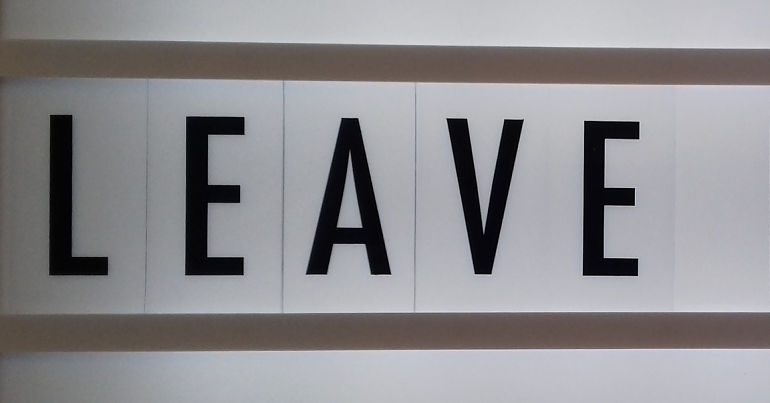 Arron Banks, who gave £9m to Leave.EU and associated campaigns, is reportedly under investigation by the National Crime Agency (NCA). But the complex web of financial links between Banks and his business associates, who may have benefited financially from the EU referendum result, should also be examined.

Those meetings with Russians

The fact that Alexander Yakovenko, the Russian ambassador to the UK, arranged several meetings between senior Russians and Banks (along with his Leave.EU associate Andy Wigmore) seems not to be in question. It also seems highly likely that, at one of those meetings, a Russian businessman offered Banks multi-million-pound shares in a gold mine; and that, at a Moscow meeting, a representative of Sberbank (currently under US and EU sanctions) offered to fund the deal. Banks was also allegedly offered a stake in Russia’s diamond mining organisation Alrosa.

But the Russian Embassy denied it tried to influence the EU referendum:

The Russian Embassy has not in any way intervened in domestic UK political process, including the Brexit referendum.

However, the statement only referred to the role of the embassy, not of the deployment of bots used during the referendum campaign and identified as originating from Russia. Indeed, around 150,000 Russia-based Twitter accounts allegedly turned their attention on Brexit in the final days of the referendum. And claims by a data analyst suggest a Russian origin to many of these tweets.

Banks is adamant that, despite boasting how he owns gold and diamond mines, there was no follow-up on his part to the Russian gold mine offer:

No, the goldmine deal never went forward and never happened. We looked at it briefly, found out it was way too difficult, so did nothing further.

But what about the diamond mine deal? According to the New York Times, a fund management company, headed by Banks’s business partner Jim Mellon, took a stake in Alrosa via his company Charlemagne Capital (rebranded as DeVere) at below the market rate.

Farage played his part too

On the night of the EU referendum results, Sky News broadcast a statement by Leave.EU frontman Nigel Farage:

It’s been an extraordinary referendum campaign, turnout looks to be exceptionally high and [it] looks like Remain will edge it. UKIP and I are going nowhere and the party will only continue to grow stronger in the future

Twice told the world on election night that Leave had likely lost, when he had information suggesting his side had actually won.

It also claims that Farage’s dramatic statement may have helped hedge funds make millions off the pound’s collapse following the true Brexit result.

And the survey polls played their part too:

Exclusive: the inside story of how hedge funds made millions on Brexit with a little help from their friends in the private polling industry. Our latest. With the inestimable ⁦@CamSimpsonNews⁩ & ⁦@KitChellel⁩ https://t.co/5pfMvHDB0r

Farage has denied any wrongdoing. But Crispin Odey, who donated just under £15m to the Brexit campaigns, had bet on sterling “shorting” and so moved 65% of his funds into gold. Consequently, via his company Odey Asset Management, he made £220m in just a few hours.

In summary, @bloomberg describes the referendum as a financial heist. The biggest insider trading job in history when pollsters colluded with hedge funds to create a fake bubble that was burst by a fake concession ..delivered by friend of the people, @Nigel_Farage. pic.twitter.com/fCwjDpx6LW

Mellon and Banks also co-founded Conister Trust, an offshore bank on the Isle of Man. Conister comes under Manx Financial Group PLC, which lists [pdf, p6] Mellon as chair and Banks as non-executive director. And the public-facing version of the Manx Financial Group lists Gregory Bailey, who was a founder of Palantir – the data surveillance specialists who back US president Donald Trump.

Significantly, Mellon (who introduced Banks to then UKIP leader and pro-Brexiteer Nigel Farage) has made hundreds of millions of dollars investing in Russia.

Meanwhile, arch-Brexiteer Jacob Rees-Mogg MP (whose company Somerset Capital Management invests in Sberbank) has threatened a coup against Theresa May unless she adopts a hard Brexit:

Monday’s TELEGRAPH – Mogg: Give us a real Brexit or face coup #tomorrowspaperstoday pic.twitter.com/yzhbSv0Rsp

All this is at a time when businesses are joining unions to condemn the government’s Brexit strategy – or, rather, lack of one. This came after Airbus and BMW said jobs in the UK were at risk. More than 800,000 jobs could be lost across the wider vehicle manufacturing industry alone.

UBS survey of 600 companies spells out Brexit "dividend":
– 35% of companies plan to reduce UK investment post-Brexit
– 41% plan to move a large amount of capacity out of UK
– 42% plan to shift capacity to euro zone pic.twitter.com/ViGD8Cmy8j

And then there was foreign secretary Boris Johnson’s infamous “fuck business” outburst.

With businesses – and therefore jobs – haemorrhaging thick and fast, it now appears that the Tories are no longer the party of business – at least for now. The few investors – Brexit’s other ‘bad boys’ – who made a killing from the EU referendum result, meanwhile, are no doubt still laughing.

– Read more in The Canary about Leave.EU and Brexit.