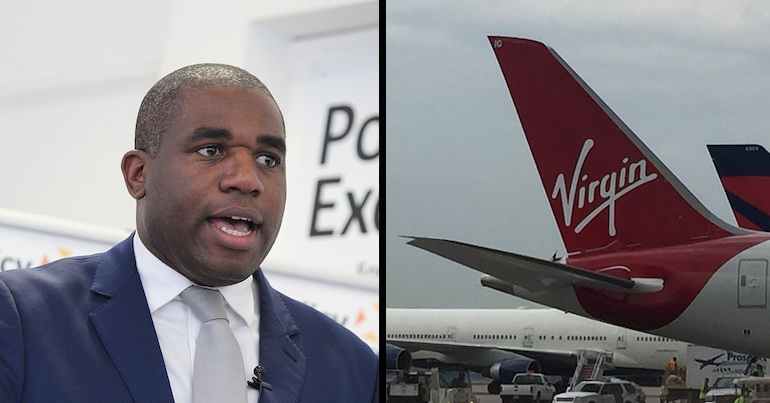 Virgin Atlantic has broken its promise not to assist the Home Office with involuntary deportations, according to an exclusive report by the Independent. The revelation comes just days after the airline committed to stopping the practice.

The Independent says Virgin Atlantic was due to fly a Nigerian man out on 30 June as requested by the Home Office. But the deportation was halted because of a legal challenge by his lawyers.

The news was greeted with dismay. David Lammy, Labour MP for Tottenham, tweeted:

Hi @VirginAtlantic, I've got a few questions I hope you can answer
1) Why are you still assisting forced deportations until 1 Aug?
2) How many do you expect to carry out before this date?
3) After 1 Aug, will you still assist with 'voluntary' deportations? https://t.co/W9q8Afbjw3

According to the Independent, Virgin Atlantic told the lawyers – representing the unnamed Nigerian man – that it will continue to assist the Home Office until 1 August.

The discovery was made just hours after media outlets were awash with statements from Virgin Atlantic spokespeople. Virgin claimed it would no longer take part in the forcible removal of asylum seekers.

Virgin commented to the press:

We made the decision to end all involuntary deportations on our networks and have already informed the Home Office.

The initial announcement was welcomed by campaigners who’ve been lobbying UK airlines to stop assisting the Home Office with removals, particularly in the midst of the Windrush scandal.

Campaigners are disappointed with the setback. Activist group Lesbians and Gays Support the Migrants responded by tweeting:

Do we have to hold your hand every step of the way @VirginAtlantic? If you can end your complicity with deportations in a month's time, you can end it today https://t.co/Qlac6NOFf1

Virgin Atlantic confirmed that, from 1 August, it will honour its commitment. But it’s unclear why the airline is unable to stop colluding with the Home Office immediately.

It has also come to light that almost 1,000 seats were booked for people to be deported to Caribbean islands in the year prior to the scandal becoming public. Between 2015 and 2017, the Guardian reports, the government spent £52m on deportation flights, including £17.7m on charter flights.

And many of those who have been wrongfully detained in prisons and detention centres are still waiting for compensation and clarification of their UK citizenship.

– Support the ‘No borders’ campaign.