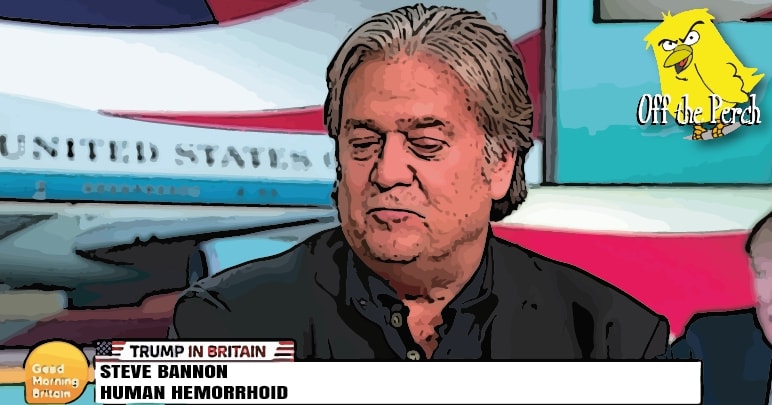 You know who isn’t above Steve Bannon, though?

Big round of applause, guys.

You’ve found a way of sinking even further into the shit.

Most people probably wouldn’t have interviewed Bannon. Not because he was behind the Muslim ban, or because of his involvement with Cambridge Analytica, or because he’s a disgusting bigot in oh-so-many ways. Most people would have avoided him because he looks like the health warning on a cigarette packet.

Not our media, though.

They know the atrocious things he’s done, and they knew his career was over. Rather than allowing it to stay dead, however, they jammed some neck bolts on, hooked up the lightning machine, and Frankensteined the bastard.

What do they think the point of the media is? Because it’s not supposed to be a platform for random, horrible pricks to spew their horseshit unbound. That’s what bus stations are for.

These ideas you’re laundering for the far right have a real impact on the world. The fact you still don’t understand that is why things are only getting worse.