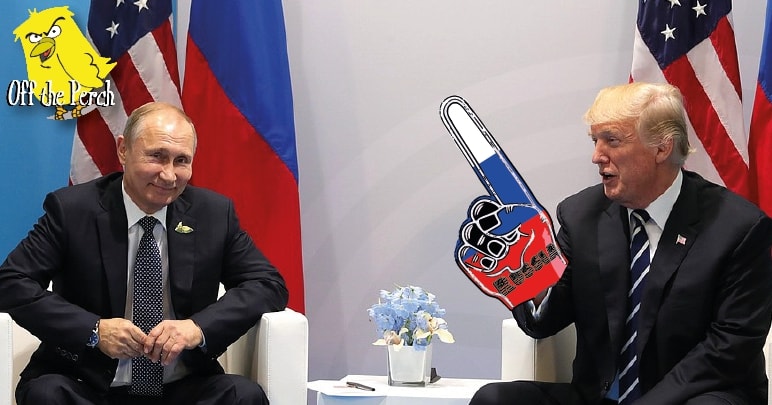 When the chanting was over, Trump clarified a few things:

Russia’s a fantastic country – truly a great country. And things! Russia has produced many great things. Some of which are better than American things. Bigly better.

The Russian dance, for example, is much better than whatever our dance is. I think it’s the one Johnny Travolta did in Saturday Night Fever, but who knows?

It’s also my opinion that Zangief was the best Street Fighter – way better than Guile. I further state that buildings with onions on top are much cooler than regular buildings, and that Russia’s rubles make US dollars look like…

Trump checked his notes at this point, before going on to say:

I’ll finish by saying that American eagles are no match for the Russian national bird, which is actually a species of ox.

Oh, and death to America!

Thank you for your time.

Many people in the US are convinced that Trump is in Putin’s pocket. Many people around the world in fact.

Others have a different opinion, and claim he’s merely an idiot.