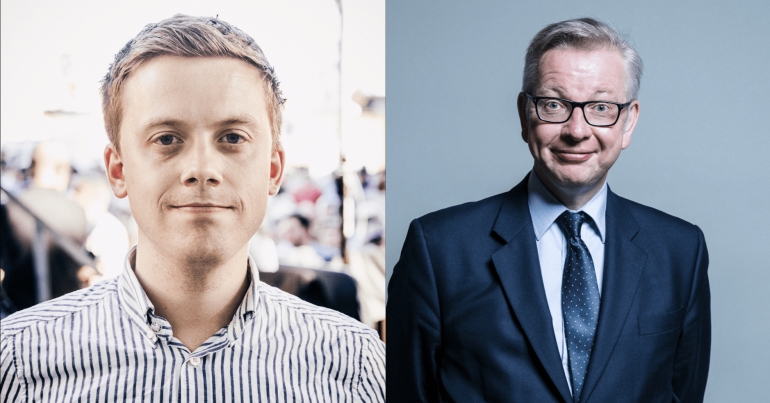 Tom Baldwin, a former communications director for Ed Miliband, recently published a new political book entitled Ctrl Alt Delete. In it, he includes an interview with environment secretary Michael Gove. Responding to a question about the Vote Leave campaign, in which he played a key role, Gove said he should not have fuelled fears about Turkish immigrants. In light of the confession, Guardian journalist Owen Jones expressed his frustration:

Don't let thisl charlatan Michael Gove get away with washing his hands of the anti-immigration bile he personally whipped up during the EU referendum.

Michael Gove's fingertips were all over the lies and hatred whipped up over immigrants. Don't let him get away with it. pic.twitter.com/HLPAnWCZoe

Jones stresses that Gove has to be held to account for scaremongering to the public. When it was just a couple of weeks before the Brexit vote, the current environment secretary stated:

With the terrorism threat that we face only growing, it is hard to see how it could possibly be in our security interests to open visa-free travel to 77 million Turkish citizens and to create a border-free zone from Iraq, Iran and Syria to the English Channel

Vote Leave also said that, if Turkey joined the EU, the impact on the NHS would be severe.

Both the Remain and Leave campaigns behaved badly at times. But new evidence shows the extent to which Vote Leave used dodgy tactics. The Electoral Commission has fined the group £61,000 for breaking electoral law. It says Vote Leave exceeded the spending limit on campaigning by nearly £500,000.

It’s hard to say whether the Brexit vote would have turned out differently if the Leave campaign hadn’t broken the rules or relied on fearmongering. But one thing’s for certain: Gove has a lot to answer for.