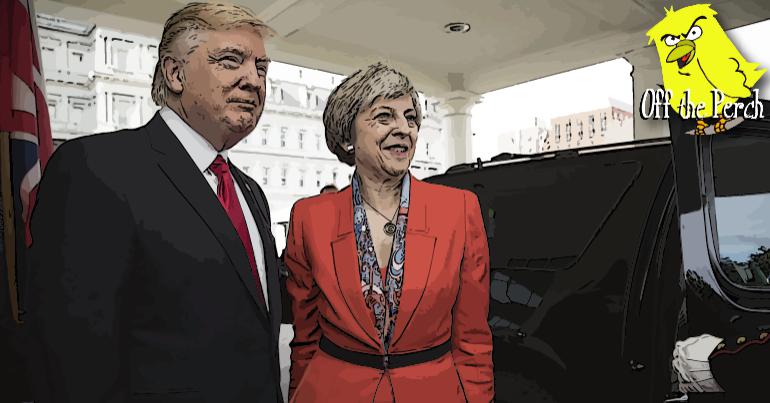 Since 2016, the UK and US have been in a competition with one another to see who could perpetrate the dumbest political programme. As we approach the finish line of this race, the two competitors – Trump and Brexit – find themselves neck and neck in the race to the bottom.

Both Trump and Brexit are characterised by self-obsession and petty, baseless paranoia. With rampant inequality ramping up and the climate on the verge of collapse, what better time could there be to direct all of our attention inwards on pointless, head-banging narcissism?

As Brexit approaches the finish line, Theresa May is busy putting the cherry on the cake we’ll never have nor eat. People said she’d never be able to put together a Brexit plan. She still hasn’t, but she has written a load of nonsense and titled it Theresa May’s Dead Good Brexit Plan.

This is pulling us towards the fun situation of voting down our own Brexit deal and forcing ourselves into a no-deal scenario in which people have to sustain themselves on Carling Black Label and tinned gammon.

Trump, meanwhile, has decided to attack the investigation into his alleged criminality/obstruction. He’s done so by obstructing the investigation in a manner which may, in fact, be criminal. A move which is like trying to scare away tigers by covering himself in butter and lightly frying himself.

If we’re lucky, the UK and US should have got over this nonsense just in time for it to be too late to avert climate change. That’s if we’re lucky.

Do you feel lucky?

Featured image via The White House – Wikimedia (IMAGE WAS ALTERED)