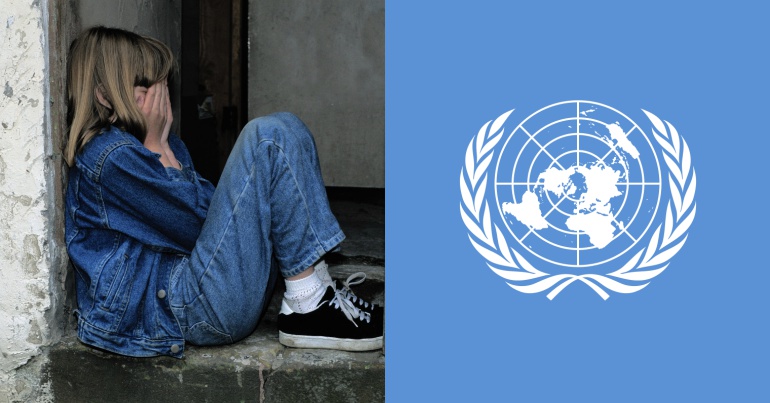 On 5 November, Philip Alston – the UN special rapporteur on extreme poverty and human rights – started an investigation into the impact of austerity and rising levels of poverty in the UK. While his visit has received some press coverage, many outlets continue to skirt around some of the most significant reasons for his visit. And much of the media seems to have conveniently ignored the fact that this is the fifth UN investigation under this Conservative government.

So on 6 November, people took part in a Twitterstorm, using the hashtag #UNVisit2018 to share the truth about life in austerity Britain.

For some, the basic facts about the UN visit were shocking enough:

Thanks to the Tories we don't just have poverty, we have extreme poverty. And so extreme that the actual United Nations are investigating us.

But what also emerged in heartbreaking volume were the individual stories showing the impact of poverty on people across the UK. In some parts of the UK, over half the children live in poverty. So people shared stories about the very young:

The number of people needing to use foodbanks in the UK is shocking. Between April 2017 and March 2018, Trussell Trust food banks distributed over a million (1,332,952) three-day emergency food packages. And as the charity says, “484,026 of these went to children”.

As The Canary has been reporting for some time, Universal Credit is destroying lives. It’s one of the key areas of Alston’s investigation:

Universal credit is causing extreme poverty and is only going to get worse as the roll out continues if your not claiming it now millions are pay packet away from poverty it could be YOU next month #UniteAgainstUniversalCredit #prideofbritain #GTTO #TuesdayThoughts #UnVisit2018 pic.twitter.com/DpPbVngPtS

Meanwhile, rents have doubled in the past ten years. The numbers of homeless people have soared and some have died on the streets.

Over 1.5 million people have used a food bank in the last 12 months.

Over 4 million children are in poverty.

Around 150 homeless people have died on our streets in the UK in the last 12 months.#UNvisit2018

Disabled woman nearly starved to death after her benefits were stopped. She was diagnosed with a medical condition normally only seen in areas of war and famine. https://t.co/yW8mh5hQis #UNVisit2018

This Twitterstorm revealed the truth about life in Tory Britain.

It’s shocking that the situation is so dire that Alston is making this visit at all. But as Canary writer Steve Topple pointed out, the bigger question is whether the government will even listen to Alston’s recommendations:

I'm concerned @Alston_UNSR that we've been here before. First we had the 2016 UNESCR. Also the 2017 UNHRC. But we also had the two UNCRPD reports; "grave" & "systematic" human rights violations – a "human catastrophe".

SO, what exactly will you do differently? pic.twitter.com/ryKPo5sYWJ

Because as Topple pointed out, this isn’t the first set of UN recommendations to the UK. The Canary has reported that the UN has already produced four separate reports following investigations into UK human rights violations.

In the most recent of these, the UN Committee on the Rights of Persons with Disabilities (UNCRPD) condemned the Conservative government for creating what it calls a “human catastrophe” in the UK. This followed a previous report which stated that the Tories had committed “grave” and “systematic” violations of human rights on British shores. And the UN accused the government of using a “smoke screen” and “misusing statistics” to try and cover its tracks.

Yet nothing changed. And here we are with another UN investigation.

But most of the mainstream media coverage around the UN investigation has been woeful. Parts of the right-wing media have chosen to focus on the UN ‘blasting Britain as racist’. And a recent Guardian report about Alston’s investigation failed to mention the UN’s previous investigations. Generally, there’s scarce mention that UK austerity breaks international law, according to some experts.

That this is the fifth UN investigation into the UK in just two years should be headline news. Thousands of people in the UK are subject to systematic human rights violations. Since the establishment media and government continue to ignore this, they should be very aware that the voices of the people affected are growing stronger every day.

– Write to your MP, asking them to support and take action on the UN findings.

Featured image via Pixabay and  ONHCR