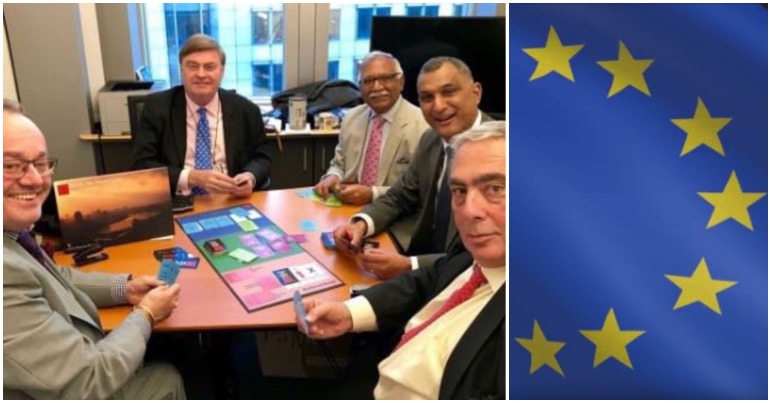 It’s only been a couple of weeks since a Tory MEP seemed to compare the EU’s social democrats to Nazis. But Tory MEPs have managed to embarrass their party yet again.

This time, they’ve used their strong political judgement and posted a picture of themselves having a laugh while playing a Brexit negotiation board game. Because Brexit, which affects everybody’s lives, is clearly just a game.

Siri, show us the perfect metaphor for Tories playing with people’s lives

The image was posted from the Conservative MEPs’ official Twitter account. But they quickly deleted the evidence, as the link originally included in Labour MEP Richard Corbett’s tweet has now vanished:

For them, #Brexit is just a game. A game with people’s livelihoods, futures, health and more. But, hell, let’s just have fun with it….. https://t.co/hCQN9Vnf8T

But Corbett, an anti-Brexit campaigner, retrieved the evidence:

My previous tweet commented on a #Conservative tweet which they hastily deleted. Too bad I found a copy (thanks, Oleg): pic.twitter.com/Ci7oCCMv2i

And long after the tweet was deleted by the Conservatives’ official account, Tory MEP John Flack remained defiant:

The only game in town ….. BREXIT The board game. A few minutes light relief from the hard work in Brussels today. pic.twitter.com/SjCFQXMhiv

Whether gambling on a referendum, or playing chicken throughout negotiations, the Tories have treated Brexit like a game from the start.

Unsurprisingly, Twitter was on hand to provide a masterclass in board-game-related Brexit puns:

Or Cluedo without a clue.

Yes, the board game does actually exist

The game in question is available to buy online, for £66 no less: 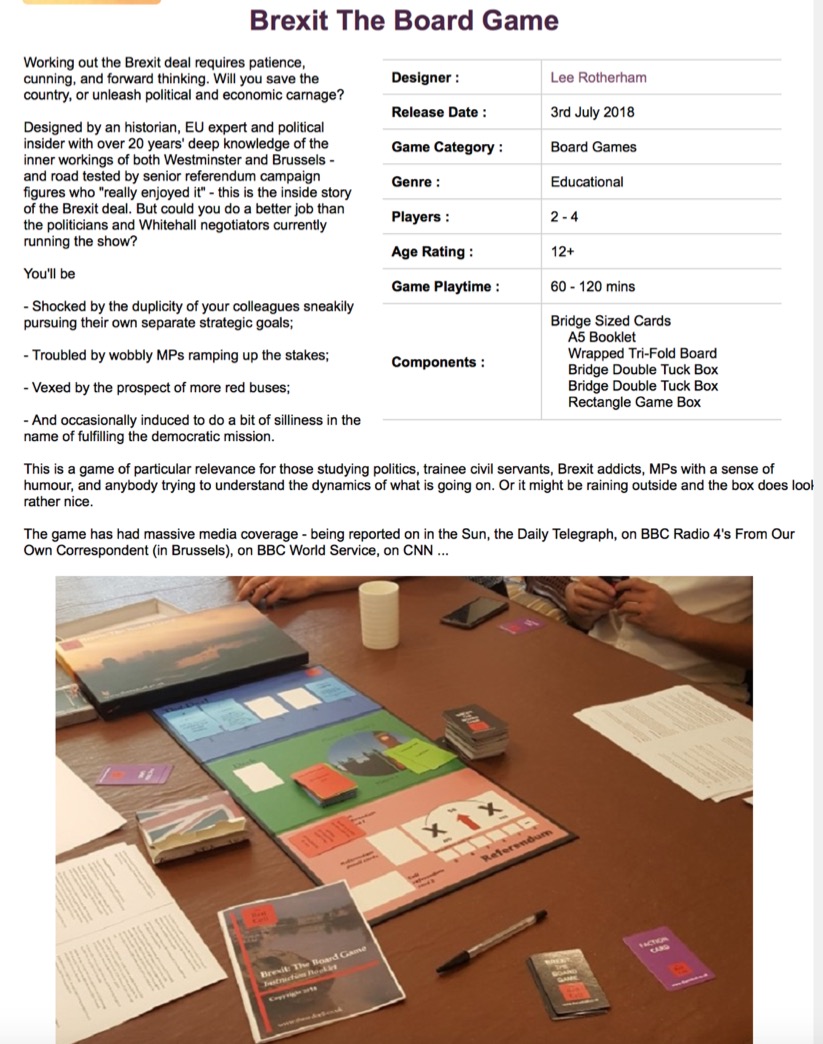 Will you save the country, or unleash political and economic carnage? …

The description of how to succeed at the game explains where the Tories are going wrong:

And if this recent admission by Brexit secretary Dominic Raab is anything to go by, “forward thinking” is definitely lacking:

Reassuring that the Brexit secretary “never knew” Britain was reliant on goods passing between Dover and Calais because our country is an island. Oh well, he knows now, better late than never pic.twitter.com/OhxG7jNOgv

But others are struggling to see the funny side:

Well,I suppose if you are going to damage (& risk wrecking) your economy and that of Ireland,risk peace,close businesses,throw thousands of people out of jobs & deprive future generations of Brits & Europeans of rights of travel & residence,then why not make a joke of it? #Brexit

The Tories’ negotiation strategy in one picture.

Piss about (in the middle of the afternoon judging by the daylight) rolling the dice on people’s livelihoods and prospects.

Ooh what fun. See whose town is decimated by factory closures; pick a card to deport your neighbours. pic.twitter.com/W12uLJq8J2

This latest incident again demonstrates a staggering lack of self-awareness and political judgement by Conservative politicians. While they laugh, Brexit warnings are coming in thick and fast: from health, to economic standards of living, to the potential demolition of workers’ rights in a post-Brexit, Tory deregulation fantasy land.

What Tories seem to regard as a game could, in fact, be torture.